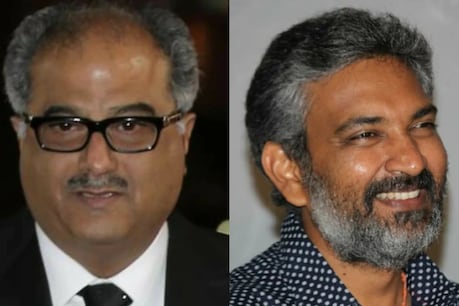 Bonnie Cooper is looking annoyed after the release date of RRR.

new Delhi: In the beginning of the year 2021, many filmmakers have revealed the release date of their films. Alia Bhatt starrer SS Rajamouli’s film ‘RRR’ The release date has also been announced. The film will be released on 13 October 2021 on the occasion of Dussehra. Bonnie Cooper is looking annoyed after the release date of RRR.

After this announcement of Rajamouli, producer Boney has expressed his displeasure and in clear words has described it as immoral. Actually, the production film ‘Maidan’ by Bonnie Cooper is to be released on October 15, 2021, but now two days before that, RRR is bound to have an impact on the earnings of the film.

Speaking to a news website, Boney Kapoor said that I am very upset. I had announced the release date of Maidan 6 months ago. At this time, we need to come together and save the industry, but Rajamouli did not discus something and announced this. In the film, Ajay Devgan is playing the character of Sayyid Abdul Rahim, the film is a sports drama. Explain that Bollywood actors Ajay Devgan and Alia Bhatt will also be seen in the film ‘RRR’ along with Ram Charan and NTR Junior.