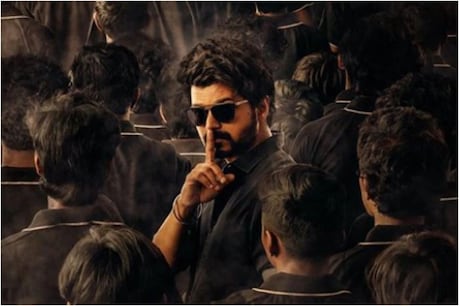 ‘Master’ will now be released on Amazon Prime Video.

The action-packed thriller ‘Master’ will see a confrontation between the characters of two superstars, Thalapathy Vijay and Vijay Sethupathi, who will keep the audience tied to their seats. Prime members can enjoy the digital premiere of ‘Master’ on Amazon Prime Video from 29 January 2020 in India and in 240 countries and territories.

Mumbai Amazon Prime Video has today announced the digital premiere of the eagerly awaited Tamil action thriller ‘Master’ which will be released on 29 January. The master stars Malavika Mohanan, Andrea Jeremiah, Shantanu Bhagyaraj, Arjun Das in the lead roles along with Thalapathy Vijay and Vijay Sethupathi. The action-packed thriller ‘Master’ will see a confrontation between the characters of two superstars, Thalapathy Vijay and Vijay Sethupathi. The master will have its digital premiere on January 29, 2021 on Amazon Prime Video.

Speaking about his character in the film, Thalapathi Vijay said, “In the film, I am playing the character of a drunken college professor named John Durairaj, who has been transferred to a teenage school where he met Vijay Sethupathi’s character. Bhavani, who uses school children for her own personal gain. I am sure that this interesting animosity between John and Bhavani will take the audience on a roller-coaster ride of action and drama. I am happy that fans in India And you can enjoy the film on Amazon Prime Video worldwide.

Sharing his eagerness at the film’s digital premiere, writer and director Lokesh Kanagaraj said, “The master film features two very strong actors face-to-face, entertaining people in theaters to come to watch the film. Will serve as hook. However, with the film’s global digital release on Amazon Prime Video, we are hoping to reach a wider audience that is at home, and reach areas that otherwise would not have been possible. As a filmmaker, the global digital release of the film on Amazon Prime Video is very fulfilling. Viewers from all over the world can enjoy the film from January 29. “