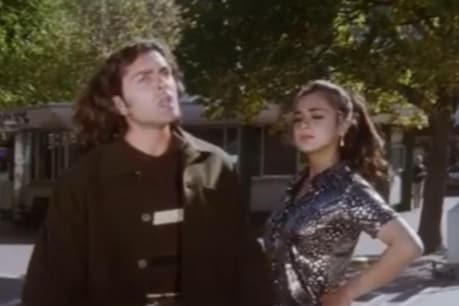 On Bobby Deol’s birthday, Preity Zinta shared a special video. With this video, he has made many interesting revelations related to the film ‘Soldier’.

Mumbai. Bollywood’s famous actor Bobby Deol is making his 52nd birthday today. Bobby, the darling son of actor Dharmendra, started his acting career in the film ‘Barsaat’ in 1995. Bobby received the Filmfare Best Debut Actor Award for the very first film. After this, Bobby did a number of consecutive films, including ‘Soldier’. Today, on the special occasion of Bobby’s birthday, his ‘Soldier’ ​​co-star and very special friend Preity Zinta has wished him. Preity has shared a video with this wish and has also revealed about a Bobby prank involving the film.

Preity Zinta has shared a video of the film ‘Sholzer’ with Bobby Deol. This video is the famous song of his film- ‘Hum To Dil Chahte Tumhara’. In this song, both of them are seen dancing and flirting with each other. This superhit film by Preity Zinta and Bobby Deol was released in 1998. Both of them are very good friends since that period. Preity wishes Bobby a birthday in a very cute caption. Watch the video shared by Preity Zinta here

Sharing this video, Priti wrote- ‘Happy birthday my darling Bobby D, I remember how we shopped for my shoot in Warrobe in New Zealand and how I was more like a personal assistant than your co-star. Was feeling I have not yet forgotten how you had changed my name to Pritam Singh and how he had also convinced everyone that this is my real name. But even after this, the truth has not changed that I love you very much and you were amazing in this film. Lots of happiness, success and love for you today, tomorrow and every day ‘.