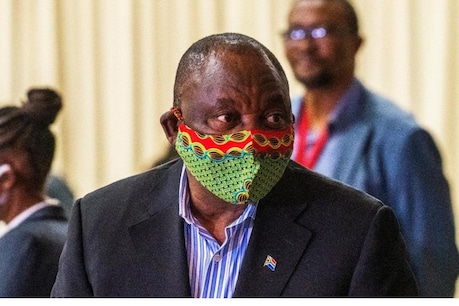 Cyril Ramaphosa on Corona Vaccine: South African President Cyril Ramaphosa has instructed the world about vaccine nationalism. He said that if this is not taken care of, then the world will not be able to deal with this epidemic.

DavosWarning the dangers of ‘Vaccine Nationalism News’, South African President Cyril Ramaphosa said on Tuesday that if some countries give vaccines to their people and other countries are unable to give, then everybody Can not be safe. At the Davos Agenda Summit organized through the World Economic Forum Dialogue digitally, he said, “The challenges we are facing are not created by viruses but by us.”

The President of South Africa said that poverty, damage to the environment and war are all a result of action taken by us or at times inaction. He said that for the first time in decades, poverty is expected to increase and the world stands at crossroads.

Ramaphosa advocated adopting new avenues and said that we do not have the challenge to take the world to the point where it stood before the epidemic. On Kovid-19, he said that African countries are working together on a plan to combat the pandemic and for this an ‘African Dental Supply Platform’ has been set up, which is providing medical supplies to African countries at low cost .

In addition, Ramaphosa expressed concern over the availability of the vaccine. He said, ‘We are worried about the issue of vaccine nationalism. If this is not taken care of, then all countries will not be able to recover from the epidemic.