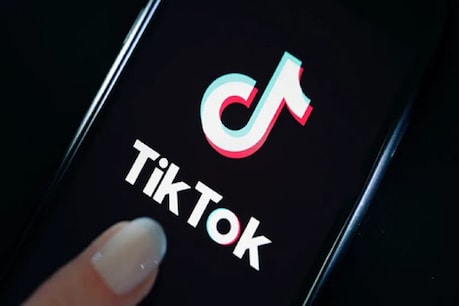 TikTok closes its business in India, this big decision was taken

ByteDance, the parent company of Tiktok, has announced the closure of its business in India. The Gurgaon-based company has now almost finished its business from India. Restrictions continue on the services of this company, which owns TicketLock and Hello Apps in India.

new Delhi: ByteDance, the parent company of Tiktok, has announced the closure of its business in India. The Gurgaon-based company has now almost finished its business from India. Restrictions continue on the services of this company, which owns TicketLock and Hello Apps in India. Ticketcock’s global interim head Vanessa Pappas and vice president of global business solutions Blake Chandley have informed employees about this by sending an e-mail.

The company mailed information
The company has informed the team about its decision and all the employees of India will be affected by this decision. Officials expressed uncertainty over the company’s return to India, but said that there is a hope of this happening in the coming time. “We do not know when we will be returning to India, we are relying on our flexibility and wish to do so in the coming time,” the e-mail said.

Sales team showed the way outLet us tell you that Bydtance has shown the way out to its 1000 employees. According to sources, the entire sales team of the company (more than 1,000 people) has been asked to leave the company, while employees working on important projects, including some teams helping international operations, are still working. The company has offered to pay 5 months salary to the affected employees as salary.

Also read: Budget 2021: If you also give donation, then this time there can be a big benefit in the budget, know what is the plan

Information given in the town hall
According to a source in ByteDance, the company organized a town hall on Wednesday, where it had told about shutting down India’s business. When a spokesperson of Tiktok was contacted about this, he said that the company is following the order of the Government of India issued on 29 June 2020.

Further, the spokesperson said, “It is disappointing that in the last seven months, despite our efforts, we have not been given clear direction about how and when our app can be re-launched. Deep regret It is that after retaining more than 2,000 of our employees in India for half a year, we now have no choice but to reduce our workforce. “

58 apps may be banned
India is preparing to impose a permanent ban on 58 more Chinese apps with Tiktok. Experts say that the Ministry of Electronics and Information Technology (Meity) has issued a fresh notice to impose a permanent ban (Ban) on these apps in India. Among the apps that will be banned, 58 more apps are also included from TicketLock. This is the reason that ByteDance is also ending its operation from India.