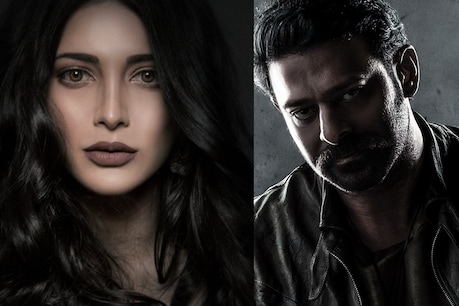 On the birthday of Shruti Haasan, Hombale Films has given a tweet informing that Shruti ‘Baahubali’ is going to be seen in actor Prabhas’s most awaited film ‘Salaar’.

New Delhi Actress who left her mark from South to Bollywood Shruti Haasan Today, she is celebrating her 35th birthday. Shruti is the daughter of South superstar Kamal Haasan, who is no less than her father in terms of talent. Today on his birthday, Hombale Films has given a tweet informing that Shruti ‘Bahubali’ actor Prabhas’s most awaited filmLm ‘Salaar’ I am going to see Ishant film director Prashant Neil has also shared a new poster of this film on his Twitter.

Shruti Haasan is seen in the new poster of the film and it is written in the poster, “Welcome to ‘Salar'”. Along with this, birthday wishes have also been given to him in the poster. Let me tell you, once again Prabhas is ready to rock the big screen through this film. It was rumored for a long time that Prabhas would appear in KGF director Prashant Neil’s next film, which has now come true. Recently, Prabhas had said about this film, “My character is quite intense. I have never played such a character in films. I am very keen to start shooting for the film.” ‘Salar’ director Prashant Neil also assured that people would never have seen Prabhas in such an avatar before. At the same time, the team of ‘Salar’ has not yet revealed the entire cast.