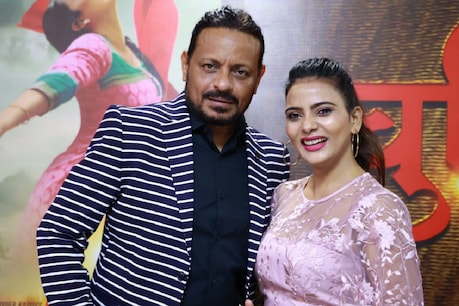 Filmmaker Haider Kazmi is making a film, which is titled ‘Chutiya’.

new Delhi. Award Winning Film Maker in India with Subjects for Promoting Issues like Education System, Caste System and Gender Inequality Haider Kazmi Is making a film, titled ‘Chutiya’. The shooting of the film will begin on January 30. The shooting will be done in Jehanabad Pali, Bihar. Hyder Kazmi himself gave this information in a press conference held in Patna. He said that there is no atmosphere of films in Bihar. There is no Film City here, and the government is indifferent to it.

He said, ‘I have been demanding Film City here for the last 10 years. Apart from this, there is no subsidy for films in Bihar, due to which Bihar has lagged behind in the matter of films. Today, in UP and Jharkhand, the government is giving subsidy to films, due to which the shooting of small to big films is done there. I myself am from Bihar, so it is sad that the government is not doing anything for the artists in our state. That is why I myself came here with my team for the development of film culture. I will try my best to do something for the artists here.

Regarding the film, Hyder Kazmi told that our film Beti Bachao-Beti Padhao also assimilates the campaign. We are making a great film. It will also go to the International Film Festival. After that we will release it on the OTT platform. At the same time, Anupama Prakash said that ‘Chutiya’ is the story of a family. This is an easygoing girl from the village, oblivious to the world. There is a message from daughter, teach daughter. I am very excited about this film. I can not express He told that the producer of the film ‘Chuhia’ is Anis Kazmi and director Haider Kazmi. The film is co-produced by Preeti Rao Krishna. The music in the film is of Aman’s verse and PRO is Sanjay Bhushan Patiala.