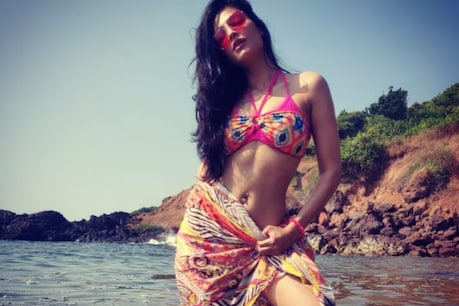 new Delhi: Daughter of South Superstar Kamal Haasan and Actress Sarika Shruti Haasan Today, she is celebrating her 35th birthday. Shruti, who debuted in Bollywood with the film ‘Luck’, did not get much success in Hindi cinema. Shruti did a lot of work in South films and not only that, her singing career was also very good. When Shruti was younger, she used to change her name in school because Shruti did not want her to be known in her school because she is the daughter of a big superstar. Due to this, Shruti changed her name. Today on Shruti’s birthday, we are telling you some such unheard stories of her life …

Shruti, as a child artiste, sang songs in several films and at the age of 4 she did a small role in the film ‘Hey Ram’ directed by her father Kamal Haasan. In addition to Hindi films, Shruti has also worked in Telugu and Tamil films. Shruti was awarded the Filmfare Award for Best Female Debut South for the 2011 Telugu film ‘Anaganaga O Dhirudu’ and the Tamil film ‘7 Om Arivu’. In 2014, she also received the Filmfare Award for Best Actress South for the Telugu film ‘Race Gurram’.

Please tell that Shruti is a great actress as well as a great singer. Shruti has also been nominated for the Filmfare Award for Best Female Playback Singer. Shruti has also done as music director. In 2009, he formed his own music band called ‘The Extramantals’. Talking about personal life, Shruti has separated from her long term boyfriend Michael Korsal. Both were in a relationship since 2016, but in the year 2019, Shruti put a fullstop on this relationship.