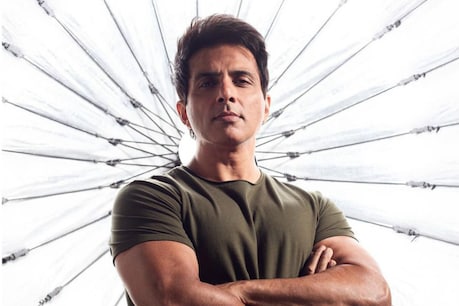 Cyclist Narayan Kishanlal Vyas has said that he will travel 2000 kilometers on a bicycle to give tributes to Sonu Sood.

new Delhi. Actor Sonu Sood) Has been called the Messiah since the time of Corona. The love he has helped the general public and is still doing today, is getting immense love for him. His constant help has changed the lives of many people. Whether the poor have to get homes or the laborers have to be brought home, Sonu has given all possible help. Because of his dedication, a person has announced to give Sonu the biggest tribute of his life.

According to media reports, cyclist Narayan Kishanlal Vyas has said that he will travel 2000 kilometers on a bicycle to give tributes to Sonu Sood. Tell them that Maharashtra K will go from Washim to Ram Sethu in Tamil Nadu. They will start this journey on February 7, which has to be completed by February 14. In an interview to a news portal, Narayan himself has told that ‘I have been traveling by bicycle for the last 5 years. I keep traveling for social work. Last time I completed the journey from Maharashtra to Wagah border in 9 days and now I am going to cover 2000 km. This ride is especially for Sonu Sood ‘. Even before this, many people have given tributes to Sonu Sood in their own style, but this is the first time that someone is going to take such a big step for them. Sonu Sood is also looking giddy with this Tribute. He said – ‘I cannot even think in a dream, the way every day I am being rewarded in this style. I am helping people. I am only doing what we all should do. Narayan’s journey to travel 2000 km is the biggest award for me. I am very happy ‘.

Apart from this noble work, Sonu Sood has remained in the news nowadays due to legal issues. He has been accused by BMC of converting a building into a hotel, for which a notice has also been issued to him. The matter is currently in court.