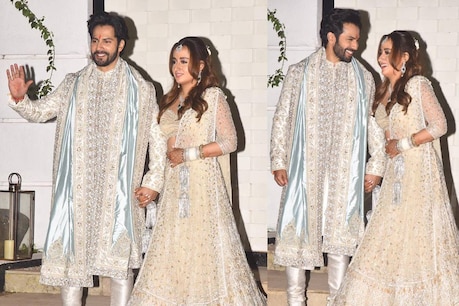 Mumbai Bollywood actor Varun Dhawan has recently married his childhood friend Natasha Dalal. On January 24, both are tied in marriage and recently returned to Mumbai from Alibaug. Photos and videos of the wedding of both of them are dominated on social media these days. After the marriage of Varun and Natasha, both of their honeymoon was also in discussion. It was being said that this couple is going to go to Turkey on honeymoon, but now it is reported that Varun Dhawan has postponed his honeymoon due to work. That is, Varun and Natasha are not going on their honeymoon right now.

The reason for Varun Dhawan to postpone his honeymoon is his film ‘Wolf’, which is going to start shooting. The shooting of this film of Varun Dhawan is going to be done in Arunachal Pradesh. According to the news of Bollywood Life, due to the shooting of the film, Varun Dhawan has postponed his honeymoon. Let me tell you, 2 Farbari has a wedding reception of Varun and Natasha. However, now questions are also being raised about the date of the wedding reception.