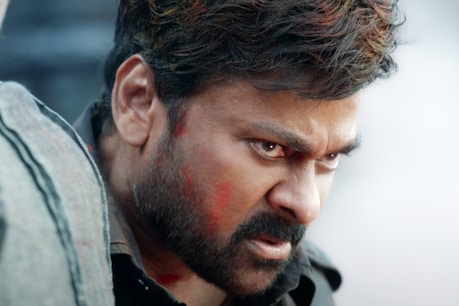 The teaser of the film ‘Acharya’ has been released. Directed by Kortala Siva, the film stars Chiranjeevi and Ram Charan in addition to actress Kajal Aggarwal.

New Delhi The release of the film ‘Acharya’ in 2021 is eagerly awaited, for the first time, two big stars of South Chiranjeevi And Ram Charan is working together. The special thing is that Ram Charan is also associated with this film as a producer. Mani Sharma is composing music for the film.

The film is planned to be released in the summer of 2021. Now its teaser has been released, which seems that the plot of the film has been built around the religious village, which is threatened by some people from outside who attack the people of the village when They are performing Yajna. When some fearful villagers start leaving the village due to the arbitrariness of some people, they see a messiah as Chiranjeevi. This messiah gives color to the town with the blood of the criminals attacking innocent villagers.

The teaser shows that Chiranjeevi succeeds in defeating these outsiders without much effort. One can hear the narration of Ram Charan in the background of the film. He tells the audience with the teaser that God always comes to save him from injustice, it is not necessary. Sometimes we only need a comrade. Kortala Siva has already said in his last tweet, ‘Looking for a comrade for the establishment of religion.’ Ram Charan said on sharing the screen for the first time with his father that it is indeed a matter of pride for me Is that I was able to work with my father. I do not have a cameo in this, but a full role. I want to thank the director Kortala Siva for this.