This will be the second political film after Kangana Ranaut’s livelihood. Emergency and Operation Blue Star will also be featured in this film.

Mumbai. Bollywood’s ‘Panga Queen’ Kangana Ranaut is once again going to act in a political drama film. In this film, she is going to be seen in the role of former Prime Minister Indira Gandhi. Kangana has given information about this by tweeting. However, the name of the film on Indira Gandhi is not finalized yet. Sai Kabir is going to direct this film. This is not a biopic of Indira Gandhi.

Kangana Ranaut has tweeted, ‘It is a pleasure to say that my dear friend Sai Kabir and I are working on a political drama. It will be directed by Manikarnika Films. Sai Kabir has written it and he is the one to direct it. 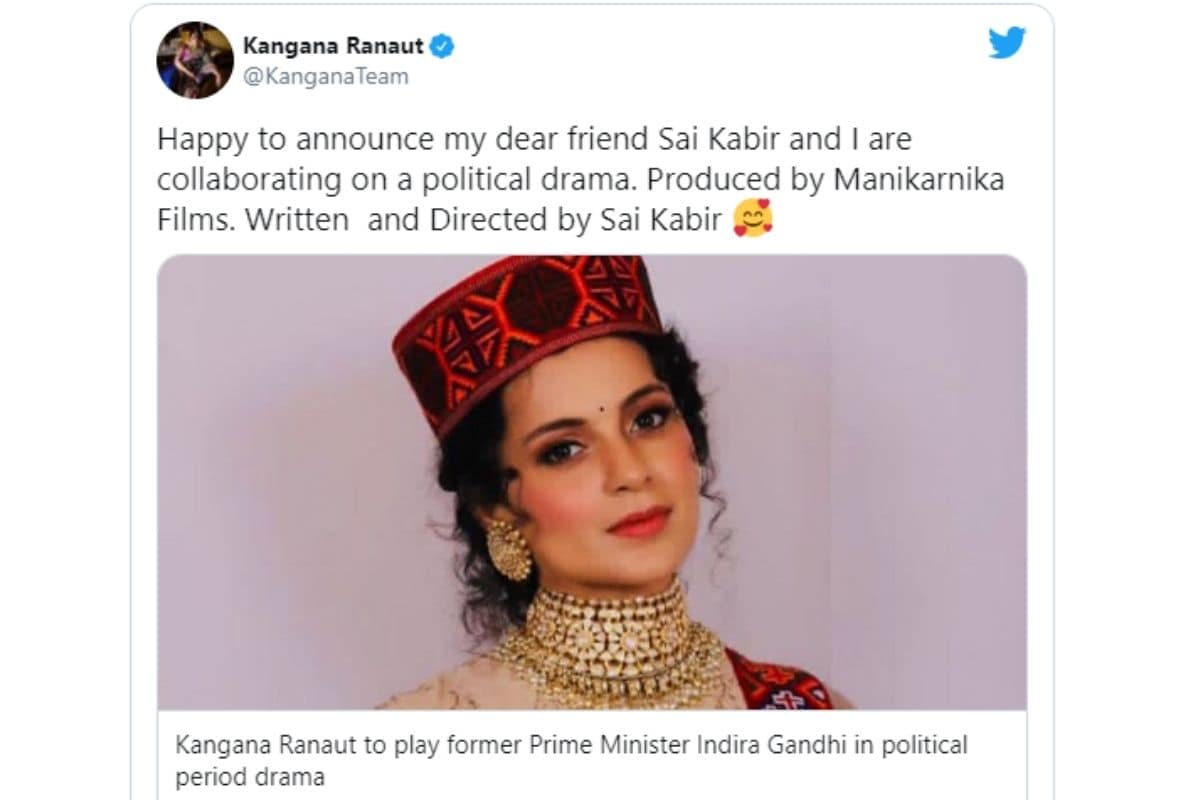 Earlier Kangana Ranaut tweeted a fan page tweet, wrote, ‘This is my photoshoot about an iconic woman, which I did in the beginning of my career. I did not know that one day I will get a chance to play his role on the screen. In the tweet that Kangana Ranaut has shared, she is seen in the look of Indira Gandhi. However, the name of the film on Indira Gandhi is not finalized yet. 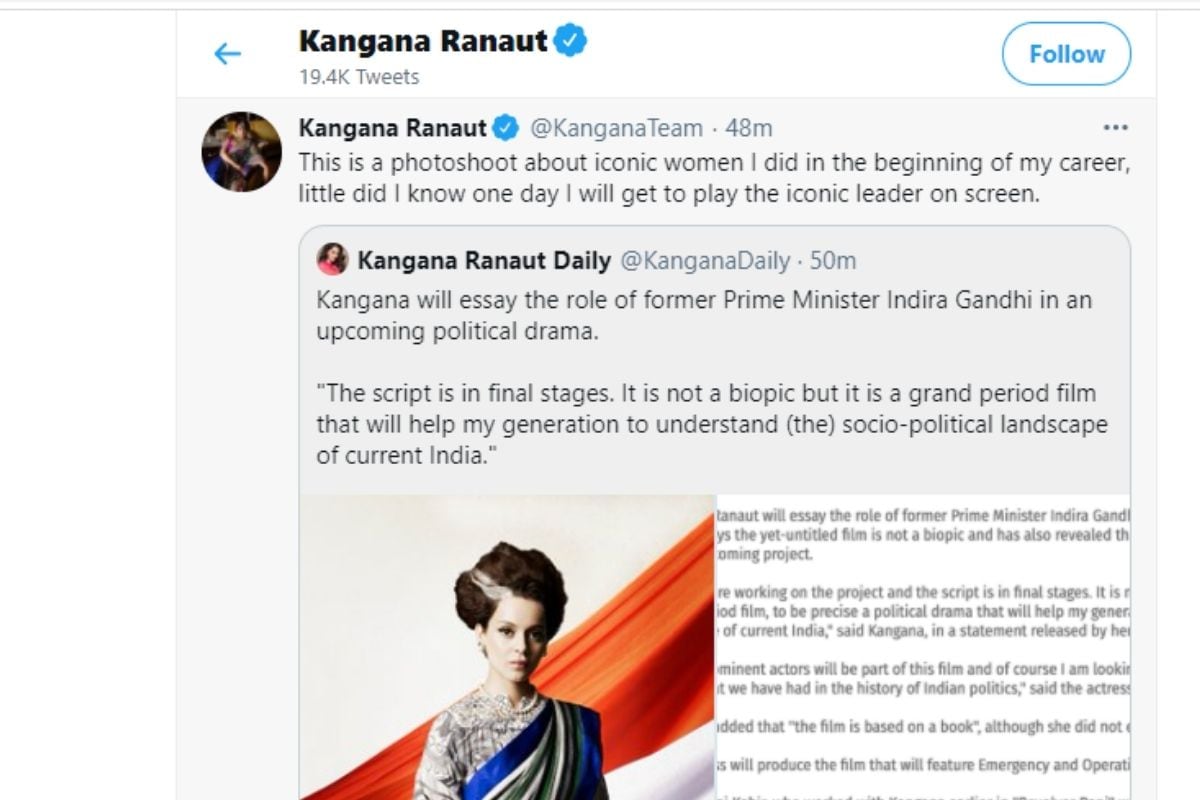 This will be the second political film after Kangana Ranaut’s livelihood. Kangana has told about the film that its title has not been decided yet, nor is it going to be Indira Gandhi’s biopic. This film will also see more legendary actors. Emergency and Operation Blue Star will also be featured in this film.

Sai Kabir, the director who had previously worked with Kangana in Revolver Rani, will also direct this film as well as he has written the script. The film is going to be made at the grand level, in which many leaders like Sanjay Gandhi, Rajiv Gandhi, Morarji Desai and Lal Bahadur Shastri will also be portrayed.

Let me tell you that earlier Kangana Ranaut had announced to make the movie ‘Manikarnika Returns’. On this, she is going to start shooting from January 2022. The film will be based on the 10th century queen of Kashmir, Didda.