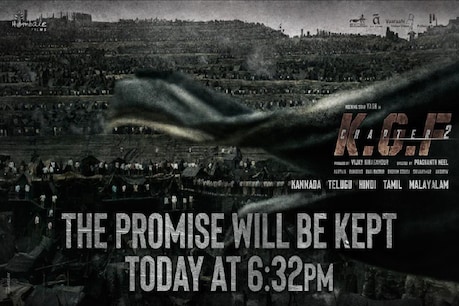 This film will be announced today at 6:32 pm.

‘KGF Chapter 2’ by Yash and Sanjay Dutt is the most awaited film of 2021 so far.

new Delhi. Of Yash and Sanjay Dutt ‘KGF Chapter 2’ (KGF Chapter 2) The most awaited film till date of 2021, which was announced by the makers recently and now, we are eagerly waiting to know the release date of this mega-starrer. The film ‘KGF’ set the benchmark in 2018 with a wave of fans, due to which viewers were constantly eyeing the second part of the film and now the release date of the film will put a full stop on all speculation. This big announcement will be made at 6:32 pm today.

People are eagerly waiting for Yash and Sanjay Dutt’s film Waiting. The teaser was recently released on January 8, as a surprise for all Yash fans on his birthday, which broke all records within 24 hours. With over 100 million views, it became the most viewed teaser of all time.

‘KGF 2’ is produced by Vijay Kirgandur and directed by Prashanth Neel, produced by Excel Entertainment, Hombel Films and AA Films. Ta be ready now because the release date of ‘KGF Chapter 2’ is going to be announced today.