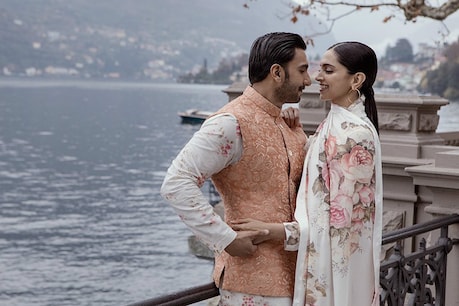 Actor Ranveer Singh has increased his fees tremendously after successive films. In such a situation, he has also surpassed his wife and the highest paid actress Deepika Padukone.

new Delhi: Actor Ranveer Singh, who is overshadowed by his hard work and tremendous acting in Bollywood, is again in the discussion. Ranveer has been a part of the news about the next project. According to a media report, Ranveer Singh has become the highest-grossing actor of the time. Ranveer is charging a fee of Rs 50 crore for his next film ‘Circus’. On the basis of this report, it can be said that Ranveer Singh is charging almost two and a half times more fees than his wife and actress Deepika Padukone.

Ranveer Singh’s stardom has also skyrocketed after the previous tremendous hits. In such a situation, his fees are bound to increase. While there are reports of Ranveer charging 50 crores on one hand, on the other hand, according to a report by ABP, Deepika Padukone has charged 20 crores for the film opposite superstar Prabhas. Prabhas and Deepika Padukone will be seen together for the first time in Nag Ashwin’s science fiction film. At the same time, Ranveer will be seen in the lead role in the film ‘Circus’. Rohit Shetty is going to direct the film. Ranveer Singh will be seen playing a double role in the film.

According to the information, Ranvir is charging Rs 50 crore as fee for this film. The story of the film ‘Circus’ will be based on William Shakespeare’s classic play ‘The Comedy of Errors’. Shooting of the film will begin in Mumbai, Ooty and Goa from next month. The film will be released in the winter of next year. The lead role of the film will be Ranveer Singh, Pooja Hegde and Jacqueline Fernandes. Apart from this film, Ranveer Singh will also be seen in Rohit Shetty’s film Suryavanshi. Akshay Kumar is in the lead role in this film and this film is the next film of the ‘Singham’ franchise. Along with Ranveer Singh, Ajay Devgan will also be seen in a cameo role in this film.

Let me tell you that Ranveer Singh was last seen in Zoya Akhtar’s ‘Gully Boy’. The film was a super hit. Ranveer Singh was also awarded the Filmfare Award for Best Actor for his outstanding performance in the film. Ranveer Singh often shares videos and photos on social media with his wife Deepika Padukone. In 2018, the two took part in Lake Como, Italy. Many celebrities attended the reception given after this wedding.