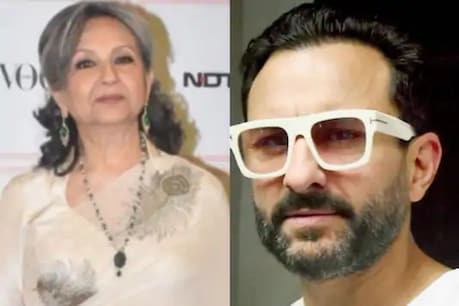 After the controversy, Sharmila Tagore has explained enough to Saif.

Sharmila Tagore is upset after the Supreme Court refused to grant anticipatory bail to those associated with ‘Tandav’. After this dispute, his health has also been adversely affected.

Mumbai. There is a lot of controversy about Saif Ali Khan’s recently released web series ‘Tandav’. The series is caught in legal trouble. Not only this, the Supreme Court has also refused to give any relief, after which Saif Ali Khan’s mother and actress Sharmila Tagore is very much worried. Sharmila Tagore is upset after the Supreme Court refused to grant anticipatory bail to those associated with Tandava. After this controversy, he explained a lot to Saif and also gave a special advice.

After the controversy over the web series ‘Tandav’, the health of Sharmila Tagore has also been adversely affected. According to a news report from Spotboye, Sharmila has advised her son Saif Ali Khan after the controversy that he should read the script thoroughly before signing any further project. Actually, his concerns are for Kareena. Kareena is going to give birth to her second child soon, in such a situation, she does not want any family member to be disturbed during this time.

Let us tell you that in the first episode of Tandava web series, there is anger among the audience for comments on Lord Shiva and Ram. Cases have also been registered in some parts of the country against the makers and star cast of Tandava web series. The Union Information and Broadcasting Ministry had also issued notices to the makers of Amazon Prime Video and Tandava regarding the objections of the people on the web series. After this, the makers decided to remove the objectionable scenes.