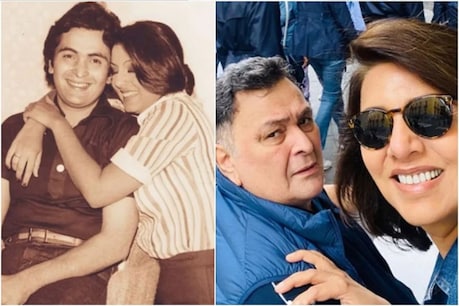 Neetu Kapoor is returning to acting once again after a long time.

Neetu Kapoor has shared this video on his Instagram account. The attention of the fans on the video is drawing comments from Alia Bhatt’s sister Shaheen Bhatt and mother Soni Razdan.

Mumbai. Bollywood actress Neetu Kapoor is very active on social media. Soon she will be seen on the big screen once again. After Rishi Kapoor says goodbye to the world, she often remembers and shares old memories with her fans. Recently, he has shared a Throwback Video, this video is when he first danced with Rishi Kapoor.

Neetu Kapoor has shared this video on his Instagram account. While sharing this video, he has given the caption – ‘Our first dance’. In the video, both are dancing to the song ‘Sham Suhani I’ of the 1975 film ‘Zinda Dil’.

After watching this video of the actress, her fans and friends are constantly commenting. Daughter Riddhima, Manish Malhotra commented in the video. But the attention of the people has gone on the comments of Alia Bhatt’s sister Shaheen Bhatt and mother Soni Razdan. The video is becoming quite viral on social media. Dancing in the video, Neetu Kapoor’s steps and expressions also look amazing. Fans are also commenting a lot about this dance video of them. Talking about the work front, after a long time Neetu Kapoor is once again returning to acting. She will be seen in director Raj Mehta’s film Jug Jug Jio. Anil Kapoor, Varun Dhawan and Kiara Advani will also be seen with him in the film. Before going to the shooting of this film, Neetu Kapoor also shared a post remembering Rishi Kapoor, in which he wrote, ‘I wish you were together’.