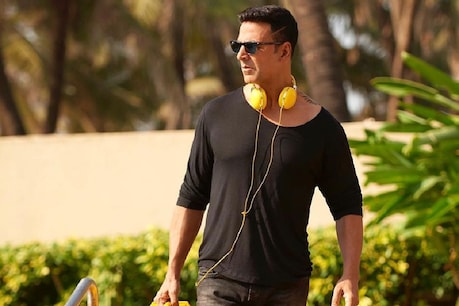 new Delhi. Actors with full force in the film industry Akshay Kumar Has completed 30 years in Bollywood. On this occasion, he said that his journey to the film world has been a great journey. On a long journey from entry to the film world, through Struggle to National Award winner, Akshay Kumar said, “It is true that entry into the industry is difficult, but it is still easier than being persistent, Maintaining your position in the film industry is a big challenge in itself. ”

Akshay Kumar from the news agency IANS said, “It is not easy to keep pace with Bollywood, to keep pace with everyone. It is difficult to get work, but once you get work, it is a different type of struggle which is not easy, but there is war at every step. Akshay said that so many years have passed in this industry, but I still follow the advice given by my father. Once my father advised that keep working hard, don’t worry about tomorrow, everything will start recovering on its own.

Allfan Maula actor Akshay Kumar, who is called the ‘player’ of the film industry, has done films of almost every genre. Actions, romantic, comedy to patriotic films have played all kinds of characters and they have been appreciated by the audience in all kinds of characters. During the last 30 years, Akshay has faced all the ups and downs in the film industry, but has been steadfastly persisting and giving hit films. Akshay Kumar’s entry as an actor has also not been easy, but over time he molded himself in a changing environment and never lagged behind in learning new techniques. The actor who does the dangerous stunt is very less, but this title is also in the name of Akshay Kumar. Akshay has also worked in a stunted TV serial. Along with a spectacularly successful career, Akshay Kumar is living a brilliant family life by marrying Twinkle Khanna, the daughter of famous heroine Kapadia and legendary artist Rajesh Khanna.