Happy Birthday: Anoop, who started his career from the big screen, did not get success on the silver screen. Later, she turned to TV and worked in various serials like ‘Crime Patrol’, ‘CID’, ‘Balika Vadhu’.

new Delhi: Actor Anup Soni is a well-known face in the TV industry, with this Anup has also done a lot of work in Hindi films. When Anoop, who made inroads from Sony’s show ‘Crime Petrol’, went door-to-door, fans demanded to bring him back. At the same time, Anoop’s personal life is also very interesting. Anoop, already married, gave his heart to Juhi Babbar and then he divorced from the marriage of 6 years. Today, Anoop is celebrating his 46th birthday (Happy Birthday Anup Soni) and on this occasion we will tell you unheard stories of his life.

Born on 30 January 1975 in Ludhiana, Anup Soni made his mark in the film industry. Anoop started his career with the film Godfather released in 1999. After this he acted in films like Fiza, Deewanapan, Khushi, Sheen and Karkash. Anoop, who started his career on the big screen, did not get success on the silver screen. Later, she turned to TV and worked in various serials like ‘Crime Patrol’, ‘CID’, ‘Balika Vadhu’.

Anoop Soni was also seen in the recently released web series ‘Tandava’. There is a lot of ruckus about this series. Even police compulsions have taken place against it in many states. 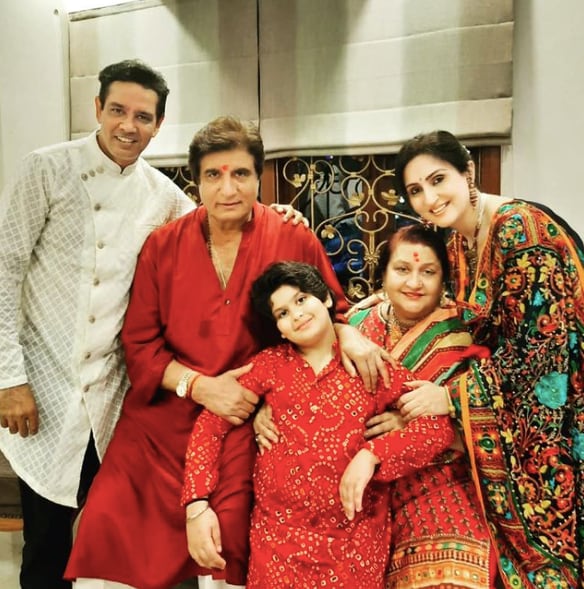 Anoop has done two weddings in personal life. His first marriage was with Ritu Soni. Ritu, who holds a degree in management from Symbasis Pune, currently runs a software company. Both have children and in 2010 both got divorced.

Talking about Anoop and Juhi, they met through a united theater group. The two were working together on Nadira Babbar’s play. In the year 2011, both of them got married. This wedding took place in the presence of friends and close friends. Juhi also had a second marriage with Anoop. Prior to Anoop, Juhi married Bijoy Nambiar. But after two years of marriage, the two separated. Today Anoop and Juhi have a son Eman.