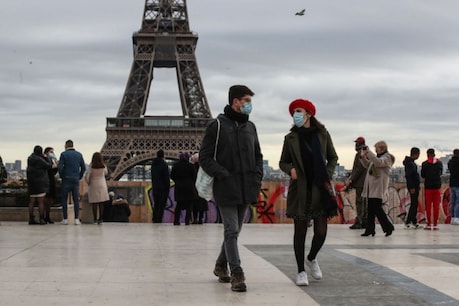 France Covid-19 New Strain Updates: France is now preparing to take more stringent steps to avoid getting caught by the new corona virus. Under this, he will close his borders from non-EU to countries from Sunday.

Paris. France has said it is closing its borders for people coming from outside the European Union since Sunday, a move by France to stop the spread of the new form of the Corona New Strain in France. Lockdown in France News was not forced to be imposed.

Corona’s new threat is serious!
French Prime Minister Jean Castex announced this on Friday night after an emergency meeting on health security at the Presidential Palace. He cautioned against the ‘serious threat’ from the new form of corona virus. He said that people coming from other countries of the European Union will also have to show the investigation report to confirm the infection is free.

France has strictly done, hotels, restaurants all closedFrance has already set limits on transboundary movement due to the virus and strict checks were launched at airports and ports last week. Restaurants, tourist spots and many hotels are closed since October. Now France is closing all the big shopping centers here since Sunday and also restricting travel from abroad.

How the world spread to Corona, WHO team under strict investigation in China

There is demand for lockdown
Physicians here are demanding that a new nationwide lockdown be imposed in France like other European countries. But in view of the economic impact of such a move, Castex said, “It is our duty to keep everything running smoothly so that we are not forced to impose a new lockdown, so the coming days are going to be decisive.” France is one of the countries with the highest death toll due to the virus. Here 75,620 people have died due to Kovid-19.