The film ‘Major’ is this biopic film of Major Sandeep Unnikrishnan who was martyred in 26/11 Mumbai attacks.

Mahesh Babu has tweeted and shared a new poster of the film with the release date. He wrote- ‘2 July 2021. Major’s day.’

Mumbai. The release date of ‘Major’, the biopic of Major Sandeep Unnikrishnan, who was killed in the 26/11 Mumbai attack in Mumbai, has come out. The film will be released on 2 July this year. Telugu superstar Mahesh Babu has announced this. The film is produced by Mahesh Babu. At the same time, Adivi will appear in the role of Sesha Major. Major, this is the biopic film of Major Sandeep Unnikrishnan who was martyred in 26/11 Mumbai attacks.

Mahesh Babu has tweeted and shared a new poster of the film with the release date. He wrote- ‘2 July 2021. Major’s day.’ In Hindi and Telugu films, Adivi Shesh is in the role of Major Unnikrishnan. The film is directed by Shashi Kiran Tikka. The first look posters of ‘Major’ were released in Hindi and Telugu. In the film ‘Major’, Shobhita Dhulipala and Sai Manjrekar will be seen in important roles. 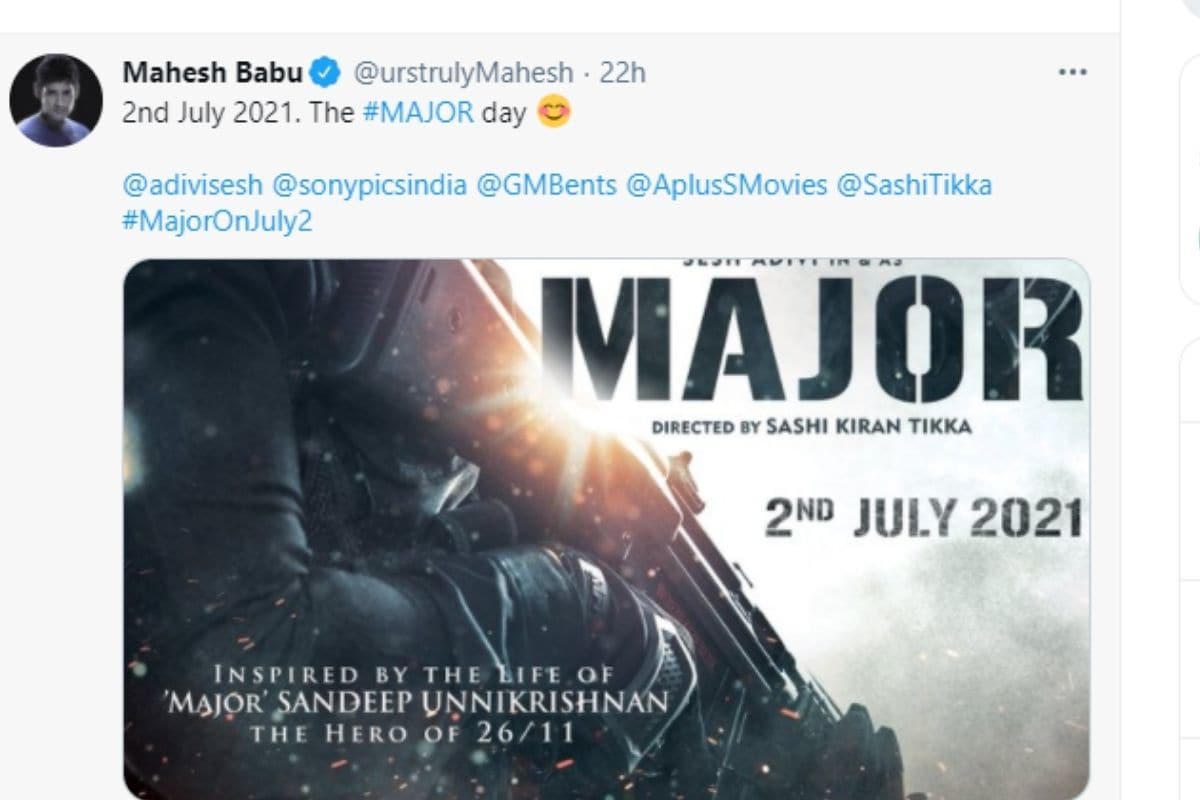 Mahesh Babu has his own production house named Mahesh Babu Entertainment. During a conversation, the film’s director Shashi Kiran had said that when this incident happened, none of us were there. We all know what was shown in the news at that time. The biggest challenge is to paint the reality in what we will show with our imagination. At the same time, Adivi Shesh recalls the struggle of obtaining the consent of Major’s parents and said that his father could not believe that any previous For 10 years, Major has been researching Sandeep’s life and wanted to tell a story inspired by his life. He could not believe that a South Indian boy from Hyderabad, who grew up in the US, could come and make a film from there, since he did not believe me, my team and I would all join Uncle and Aunty. I kept meeting, I think after the fourth or fifth time, they started trusting me a little.