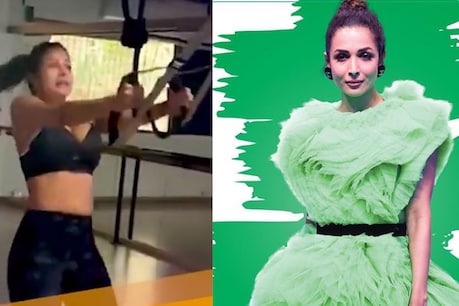 A video of Malaika Arora’s workout in the gym is becoming increasingly viral on the Internet. He shared this video with his Insta account.

New Delhi Malaika Arora) Like many Bollywood celebrities are very conscious about their fitness. She keeps sharing her fitness-related photos and videos with fans, which go viral in a moment. She often warns fans about fitness with her posts. Recently, Malaika has shared a video of her workout in the gym. In this, she is seen sweating profusely.

He wrote in the caption of this video shared on Instagram, ‘No pain no gain. Work Hard Play Hard. Look good feel good. Eat sleep work repeat. This caption is being liked by the people. This video has been viewed millions of times. Those people who want to know the secret of their fitness, then they should definitely watch this video.

She has been seen in many reality shows as a judge. As a judge, he was last seen on the stage of India’s Best Dancer. As a judge, people have liked him a lot. In the meantime, he had to leave the show due to being corona positive. Then Nora Fatehi entered the show as a judge in his place. However, after recovering from Corona, he also made a tremendous comeback.