Navya Naveli Nanda has shared a picture of Meezaan Jaaferi on her Instagram Story and has also congratulated her. In this picture, Meijan Jaffrey is seen for certificate and trophy.

Mumbai. Navya Naveli Nanda, granddaughter of century superstar Amitabh Bachchan, may be away from Bollywood, but she is always in the news. Ever since Navya has made her Instagram account public, she stays in discussions due to her posts and photos. Recently, he has posted a special for his very special friend Meezaan Jaaferi, whose discussions are happening on social media.

Navya Naveli Nanda and Meezaan Jaaferi have frequent discussions about the relationship, but until now neither of them has said anything officially but both of them shared each other’s pictures on social media. Keep sharing. Recently, Navya has shared a picture of Meejan on her Instagram Story and has also congratulated her. In this picture, Meijan Jaffrey is seen for certificate and trophy. 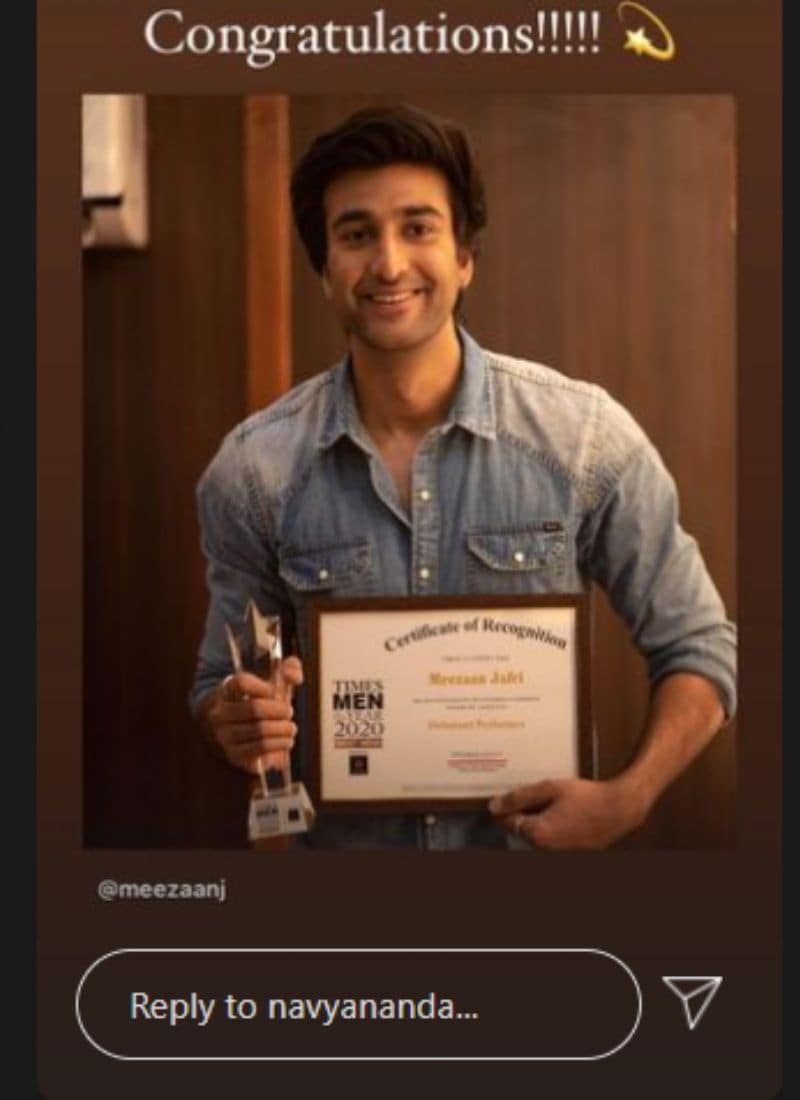 However, this film could not do any work at the box office. Sanjay Leela Bhansali’s niece, Sharmin Segal, has also debuted from this film. Now the actor is going to be seen in Hungama 2. The film stars Shilpa Shetty and Paresh Rawal in the lead.

One thought on “Navya Nanda made a special post for roomed boyfriend Mizan Jaffrey, know what is the matter”