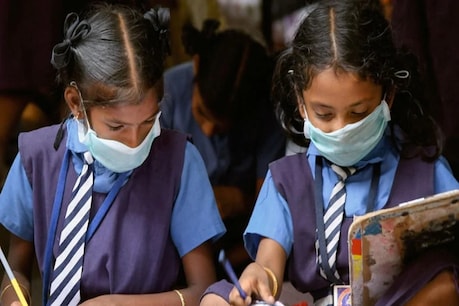 School Reopening: All private and government schools in Uttarakhand will open from 8 February.

School Reopening: All private and government schools of Uttarakhand are going to open from 8 February. The state government will also issue SOP for this, following which schools from class 6 to 12 will be opened.

All private and government schools of Uttarakhand are going to open from 8 February. At the Trivandra Cabinet meeting held on Saturday, a green signal was given to open the school. For a long time, the officials of the education department were churning for the opening of the school, whose proposal was approved by the cabinet.

SOP will have to be followed
Education Minister Arvind Pandey had already instructed the officials to make a proposal for opening the school, although the state government will also issue a SOP for this, following which schools from class 6 to 12 will be opened. Which was approved in the cabinet meeting on Saturday. Earlier, Education Secretary R Meenakshi Sundaram has already said that the completion of his preparations for opening the school. The same parent association was also in favor of opening the school and the school management has also said that in view of the loss of children’s education. In this way, schools will open from February 8. For this, only the government’s SOP is waiting, which will be released in a day or two.

This is how classes are goingCurrently, board classes are being conducted both online and offline, but now children above class 6 will be called to school from 8 February. Rules for schools, how to get children with social distancing. On this, the Principal Progressive School Association will also meet soon.


Job Alert related to all state board exams / competitive examinations, their preparation and jobs / career, follow for every news- https://hindi.news18.com/news/career/