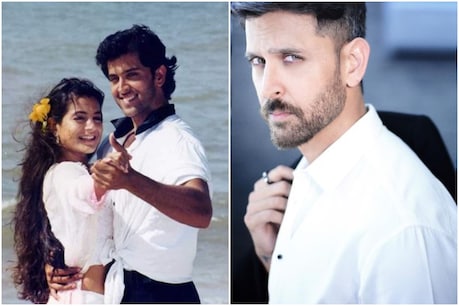 In ‘The Kapil Sharma Show’, Hrithik Roshan told during the promotion of one of his films that after the release of ‘Kaho Naa Pyaar Hai’, he received 30,000 marriage proposals. The success of this film made him an overnight star.

new Delhi: Handsome hunk actor and best dancer Hrithik Roshan of Bollywood made his debut in the industry with his debut film. Now the news is coming that he is going to play the role of Ram in the film ‘Ramayan’ soon. It is obvious that apart from Hrithik, no other actor of the industry will be able to fit in this role. Hrithik Roshan has the most girls in the fan list. You can guess that when Hrithik Roshan’s debut film ‘Kaho Naa Pyar Hai’ was released, 30,000 wedding proposals came to him.

In ‘The Kapil Sharma Show’, Hrithik Roshan told during the promotion of one of his films that after the release of ‘Kaho Naa Pyaar Hai’, he received 30,000 marriage proposals. The success of this film made him an overnight star.

After the great success of ‘Kaho Naa Pyar Hai’, there was a lot of increase in her female fan followings, which is still going on. Later, Hrithik married his childhood friend Suzanne Khan. Both of them got divorced in 2014 after 13 years. Hrithik Roshan and Suzanne Khan have two children, Rehan and Ridhan. Please tell that Hrithik played a double role in ‘Kaho Naa Pyaar Hai’. Amisha Patel also started her acting career with this film. The film also received a special award at the IIFA Awards ceremony. Hrithik Roshan’s film was directed by his father Rakesh Roshan. The film ‘Kaho Naa Pyaar Hai’ won a total of 90 awards at different award ceremonies, which is a record.

Talking about the workfront, Hrithik Roshan is going to be a part of producer Madhu Mentana’s dream project film ‘Ramayana’. Actress Deepika Padukone will be seen in the lead role with Hrithik in the film. Madhu Mentana has decided to invest Rs 300 crore in this film. Nitish Tiwari is going to direct Madhu’s film. Nitish Tiwari has previously directed Aamir Khan’s Dangal and Sushant Singh Rajput and Shraddha Kapoor starrer film Chhichhore.