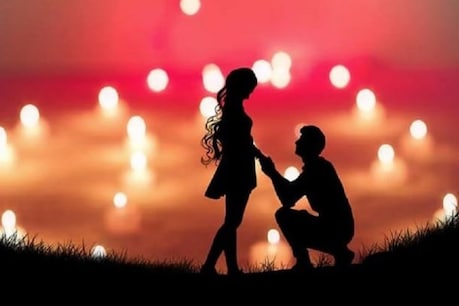 In Pithoragarh, on refusing to marry, the boy stabbed the girl and injured her. (Concept image)

After getting friends with Facebook in Pithoragarh, Uttarakhand, Ashik, who was madly in love with the girl, had proposed marriage proposal to the BA student, the girl refused and took criminal action.

Pithoragarh. A madman who was madly in love with the girl, denied his love interest so bad that he planned to murder her. One such case has come up in Pithoragarh, Uttarakhand. Here, a student studying in BA was severely injured by her lover by stabbing her. The reason was that the girlfriend refused to marry her boyfriend. This led to the madness that the girl went to her room and stabbed her with not one knife but several blows.

Superintendent of Police Sukhvir Singh said that the two had a friendship 4 years ago through Facebook, which gradually turned into love. Recently, the lover reached Pithoragarh from the young man Bageshwar and proposed marriage to his girlfriend, which the girl turned down. The lover was so enraged at the rejection of the marriage proposal that he attacked the girlfriend with a knife. He injured his girlfriend after three attacks one after the other.

It is being told that both often used to talk on mobile for a long time. Not only this, the lover used to come to Pithoragarh from Bageshwar to meet his girlfriend. Girlfriend studies with her cousin in Pithoragarh police station area. After the incident, the cousin informed the police. On receiving the news of the girl’s knife, the police took action and nabbed the attacking lover running away from Bageshwar. The police have also recovered a knife from the accused. The police have registered a case for attempt to murder and sent the beheaded lover to jail, while the seriously injured girlfriend is undergoing treatment.