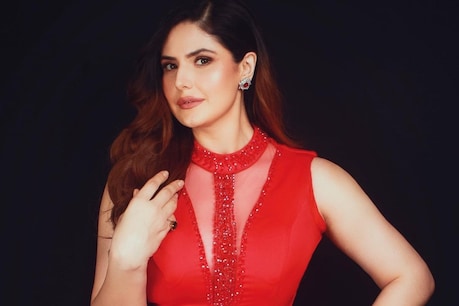 Zareen Khan said how he faced difficulties due to Katrina Kaif’s resemblance to him.

Mumbai. Beautiful actress Zareen Khan, who took an entry from Salman Khan’s film in Bollywood films, made tremendous headlines as soon as she came. She was compared to another well-known Bollywood actress Katrina Kaif. Zarine made her debut with Salman in 2010 with the film ‘Veer’. At the same time, after that, now he has broken the silence when compared to Katrina. He has told how he has faced difficulties due to looking like Katrina. Zarine said that he was rejected by many film makers for being a ‘duplicate’.

Zarine Khan has spoken openly about his comparison with Katrina in one of his recent interviews. He told in an interview to Navbharat Times, ‘People come into the industry to make their own identity and not to become someone’s shadow or their shadow. I have struggled to make my place in Bollywood for 11 years, but even today, people tell me about the looks of Katrina. No film maker wants to work with lookalikes and duplicates.

Zarine Khan says that ‘I think my face is universal. I actually look like many people. Many people also call me Pooja Bhatt’s lookalike, some also call Preity Zinta and some also look like Sunny Leone. I don’t understand why I don’t see people Zarine Khan ‘.