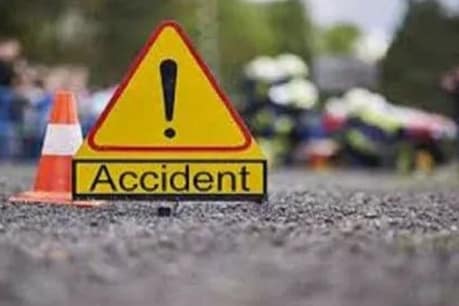 A car crashed near Devprayag on Badrinath highway (Badrinath highway). Five people died in this incident. This incident has been reported at a distance of about twenty kilometers from Devprayag. Police and relief team have reached the information of accident.

Chamoli There is a painful news from Badrinath highway of Uttarakhand. A car crashed on the highway here. Five people died in this incident. This incident has been reported at a distance of about twenty kilometers from Devprayag. Police and relief team have reached the information of the road accident. Local people have told the cause of the accident to the cutting caused by widening of the highway. According to the information, a car suddenly fell uncontrolled on the Badrinath highway on Sunday afternoon and fell into a car ditch near Saunpani near Devprayag. The car was completely damaged in the accident. In which five people died on board. People from nearby villages reached there to hear the sound of this accident.

The people of the village tried to evacuate the people in the car, but there was no movement in their body. police Calling him to inform about the incident. After information, police reached the spot. With this, the rescue team also reached there. People say that soil erosion has been done in many places for widening of the highway, which is why the car driver must have lost control. The car fell into a 200 meter moat, in which five people on board died on the spot. Those who died in this accident include Dheeraj Singh Rawat son Ram Dayal Rawat Pauri Garhwal, Sanjeev Bhandari son BS Bhandari Bapugram Rishikesh, Ajit son Kartar Singh Tamaspur Jhajjar Haryana, Pawan Singh Bhandari son Jeet Singh, Jagendra Singh Bhandari son Govind Singh Bhandari residents Indrapuram Ghaziabad are being told.

Illegal cuttings are the reason for the accidentLocals say that the cutting for widening on the Rishikesh-Badrinath highway in the Allweather Road project is causing accidents in many places. Cutting by ignoring the standards in the Allweather Road project is being done by the executive organizations. The hills were cut in many places, which has also increased the risk of landslides.