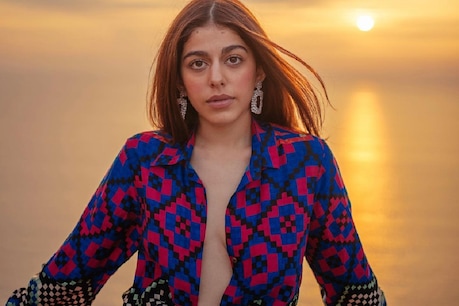 Bollywood actress Alaya Furniturewalla completed one year in Bollywood. On social media on Sunday, he recalled working in his first film ‘Jawaani Jaaneman’, which was released a year ago.

Mumbai. Bollywood actress Alaya Furniturewalla completed one year in Bollywood. On social media on Sunday, he recalled working in his first film ‘Jawaani Jaaneman’, which was released a year ago.

Alaya has shared a post with her Instagram account image. In the post, Alaaya wrote, ‘I believe that the best thing about my first film was that’ Jawani Jaaneman ‘was my debut movie. In the past year, I have received nothing but praise for the film and I am truly blessed for it.

Alaya said that in this film I play the role of an ideal daughter, who plays a teenage daughter. It was just this character that I could really play, I am in real life, as is Tia’s character in the film.

Alaa further said, ‘The entire shooting experience for me was’ amazing’ as I was working with veteran actors Saif Ali Khan Sir and Tabu (Tabu) Maam, who were the right guides. Both have helped me in the whole process of critical acclaim that I am getting for my performance. I will cherish this experience forever. Alaa is very keen to return to the shooting set.

The actress said, ‘I am really missing the shooting set right now, and I can’t wait to bring more characters to the audience now. During the lockdown, he used his time as an actor to hone his skills and earn respect. She is also reading scripts, taking master classes and workshops these days.