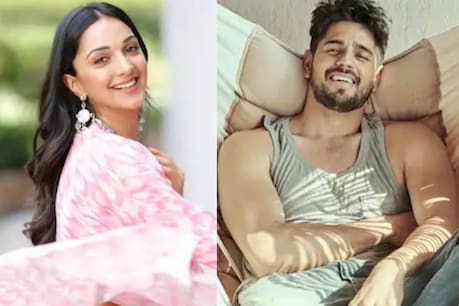 Both have not yet accepted their relationship.

The way Siddharth Malhotra and Kiara Advani are meeting for the last few days, people are speculating that now both are planning to step up their relationship a step further. .

Mumbai. Bollywood actors Sidharth Malhotra and Kiara Advani are in the news for their relationship. The two have not yet accepted their relationship, but often the two are spotted together. The two were recently spotted on a lunch date after returning from the Maldives. Now on Saturday (January 30), Kiara was spotted late night outside Siddharth’s house. Kiara became quite shocked after seeing Paparazzi there. These videos are becoming very viral on social media.

Rumors of the relationship between Sidharth Malhotra and Kiara Advani were being emphasized, but now this video indicates that there is something between the two. She was shocked when Paparazzi spotted her. Seeing Paparaji sitting in the car, he indicated how he came here. It can be seen in the video that Kiara is sitting in her car. He is wearing a mask. This video is going viral on the Internet.

From the way Kiara and Siddharth are meeting for the last few days, people are speculating that now both are planning to step up their relationship one step further. Fans are also speculating that now it is possible that even Siddharth and Kiara are not planning to get married because earlier both used to meet each other secretly. But now both of them keep going to openly lunch and dinner without any fear. Let me tell you that recently when Kiara Advani came on the show with Akshay Kumar in ‘The Kapil Sharma Show’, she said about her relationship that I will tell about my personal life only when I get married. . On this Akshay Kumar said tightly and said that she is a girl with big principles. Hearing this, Kiara had a smile on her face as well.