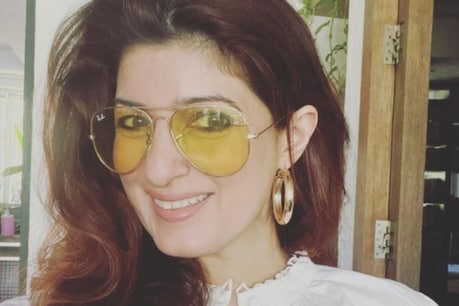 Twinkle Khanna often shares her pictures and videos with children. Recently, he has shared a video with his beloved daughter Nitara, which is being seen a lot.

Mumbai. After saying goodbye to acting career, Twinkle Khanna, who became a producer and writer, remains very active on social media. On social media, she keeps tickling people with her amazing sense of humor. Twinkle often shares her photos and videos with children. Recently, he has shared a video with his beloved daughter Nitara. In the video, Twinkle has called Nitara a Purple Unicorn.

Sharing the video, Twinkle Khanna wrote, ‘A beautiful morning, in which we hear the chirping of birds and see the difficulty in getting my purple unicorn to swing.’ A dense forest is seen all around in the video.

Twinkle and Akshay have two children. Older son Aarav and younger daughter Nitara. On this post of Twinkle Khanna, people are commenting a lot and giving their reactions. Twenty years have been completed for the marriage of Akshay Kumar and Twinkle Khanna from Bollywood’s popular couples. On this occasion, Akshay Kumar congratulated his wife for the wedding anniversary. He shared a picture with Twinkle Khanna on social media. In this picture, long smiles are seen on both faces.

Sharing this picture, Akshay Kumar wrote to Akshay, Twinkle, Akshay Kumar wrote, ‘The most irresponsible partnership in which I have been. It has been twenty years with us and you still haunt my heart and sometimes bother me. But even after this, I do not want anyone else because if you are with me then my smile will never go away. Happy Anniversary Tina.