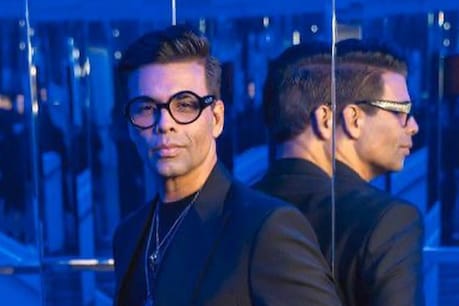 According to media reports, the news that is coming about this film is disappointing the fans. It is being told that this big project ‘Takht’ of Karan Johar has stopped forever.

new Delhi. Karan Johar In the year 2019, one of its big project ‘Takht’ was announced. Karan was very excited about this film and wanted to bring many big stars on screen together in the film. Among them were the discussion of A lister stars like Ranveer Singh, Kareena Kapoor, Alia Bhatt, Bhumi Pednekar, Vicky Kaushal, Jahnavi Kapoor and Anil Kapoor.

Fans were also very keen to see so many favorite stars together and kept asking about the movie on social media, but media reports said that the news that is coming about this film is disappointing the fans. It is being told that Karan Johar’s big project ‘Takht’ has stopped forever, although it has not been officially announced.

The film ‘Kalank’ released in the year 2019 was also Karan’s multistarrer project, which was a tremendous flop. Many big Bollywood stars were also cast in this film, even after stars like Madhuri Dixit, Sanjay Dutt, Aditya Roy Kapur, Varun Dhawan, Alia Bhatt were not liked by the audience. That Karan Johar’s interest is getting more and more in South films, in such a situation, it can be said that now he is closing his big projects for South films so that films like Kalank can be avoided. Recently, Karan posted quite emotional after Varun and Natasha’s wedding. While sharing pictures of Varun Dhawan and Natasha Dalal on their Instagram, Karan Johar wrote, ‘I am lost in the rush of emotions and memories while writing this post. I still remember when I met this kid in Goa. Long hair, big dreams in the eyes and swag that wanted to be covered in films.