The country’s largest hospital AIIMS has received Rs 310.04 crore in this budget as compared to earlier.

new Delhi. The Modi government at the center has made many provisions for the health sector in the Budget 2021. Finance Minister Nirmala Sitharaman (FM Nirmala Sitharaman) has made a provision of giving 137 percent more money in the budget of 2021-22 this time than the budget of 2020-21. In the budget 2021-22, 2 lakh 23 thousand 846 crore rupees have been given to the health sector. In the budget for the year 2020-21, the government gave 94 thousand 452 crore rupees. The country’s largest hospital AIIMS (AIIMS) has also increased by Rs 310.04 crore in this budget as compared to earlier. At the same time, the budget of Safdarjung Hospital has increased by Rs 226.86 crore. Let us know that the AIIMS budget is the highest among the 6 major central government hospitals in Delhi.

What did the central government get for these hospitals
The Union Finance Minister, while presenting the budget in the Lok Sabha, announced to give Rs 3,800 crore to AIIMS. Last year, Rs 3,489 crore 96 lakh was given to AIIMS. In the 2019-20 budget, the Modi government gave Rs 3,395 crore 19 lakh to AIIMS. Safdarjung Hospital has been given Rs 1545 crore 78 lakh by the Central Government for the financial year 2021-22 ..

Budget of these central government hospitals in Delhi also increased
Similarly, the Union Government has given Rs 600.79 crore to Lady Harding, Rs 149.92 crore to Kalavati Saran, 288.35 crore to Food Safety and Standards Authority of India (FSSAI) and 348. 87 crore to All India Ayurveda Institute. 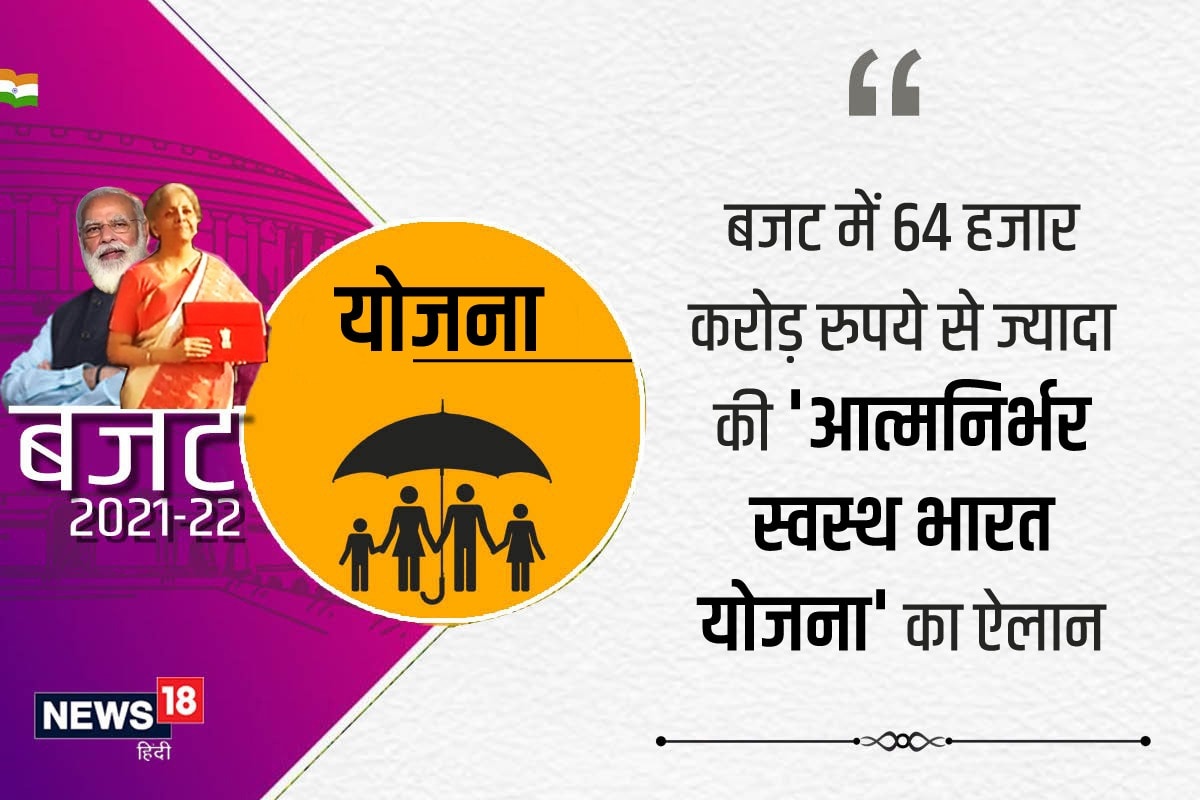 Since the Korna epidemic, the Modi government has topped the health sector in six pillars in this year’s budget.

Also read: This was the reaction of experts of many institutes including AIIMS on getting the health budget

Overall, after the Korna epidemic, the Modi government has topped the health sector in six pillars in this year’s budget. The Finance Minister has made it clear that now the government is serious about providing cheap treatment to the common people with quality. In the Corona era, the private sectors played a very important role, but now the central government cannot leave the health sector solely on the private sector. The Union Government has shown that by presenting the health budget, the government is also ready to take responsibility for it.