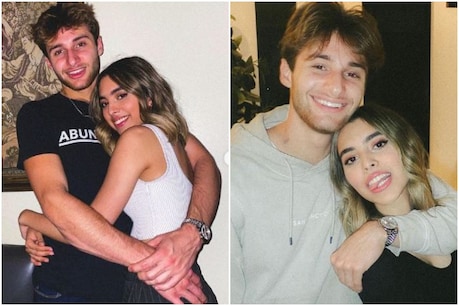 Alia Kashyap (Aaliyah Kashyap), daughter of Anurag Kashyap, remains in the headlines due to her bold pictures on social media. He also has no hesitation in showing his love life. Recently, Alia’s photos and videos with her boyfriend Shane are going viral on the Internet.

Alia’s boyfriend shared a cute message on her birthday, which read, ‘Happy birthday to my Indian Queen. Thank you for adding more color to my life and being as weird as I am. Love you. You are very special and I am restless to know what you do next. Wherever Aaliya and Shane are, they take a special moment for their love. He is often seen walking along. When 2020 was coming to an end, Alia made a video for her favorite people. In that video, her boyfriend Shane was also given a place. Please tell that Alia Kashyap (Aaliyah Kashyap) is the daughter of Anurag Kashyap and his first wife Aarti Bajaj. Anurag was divorced from Aarti in 2009. In an interview, when Anurag was asked a question about Alia’s Bollywood debut, Anurag said that his daughter is now grown up, now she can take her own decisions. Together they also added that Alia will still have to work very hard to get into Bollywood.

Aaliyah Kashyap often makes headlines due to her social media posts. She has posted many of her stunning photos on Instagram. Recently a photo of him created a panic on the internet. She is seen showing her under garments in this photo. Fans have fiercely commented on this photo. Many praised her beauty, many asked her to avoid such appearances. Alia has a good friendship with many Bollywood starkids. Jahnavi Kapoor’s younger sister is his good friend.