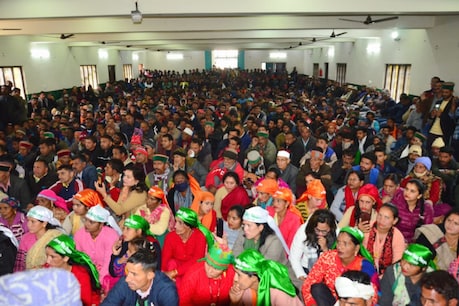 Congress in preparation for assembly elections.

Uttarakhand Assembly Elections 2022: The Congress (Congress) has gathered in the preparations for the assembly elections. On February 15, where the Kisan Kisan Yatra will come out in every district, on February 25, there is a preparation for a big meeting in Udham Singh Nagar, the stronghold of farmers, in which Devendra Yadav will also be present.

Dehradun. In the election year, Uttarakhand (Uttarakhand Election) Congress has also come into active mode. In this episode, in February, the Congress has made two big plans to raise the issues of farmers. At the same time, preparations are also being made to visit the districts of the state president and in-charge. The Congress (Congress) sitting in the opposition has nothing but assurance to the farmers, but with the confidence of the future, the Congress wants to join the farmers. Then, whether the issue is about the loan of farmers, the new farmer laws or the payment of farmers’ dues. This is the reason that on February 15, where Kisan Kisan Yatra will come out in every district, on 25 February, there is a preparation for a big meeting in the farmers’ stronghold Udham Singh Nagar, in which Devendra Yadav will be present.

Congress vice-president Suryakant Dhasmana said that the Congress committees would travel at least ten kilometers in their respective districts. Hiking Organize in which the participation of booth level workers besides the party’s entire state, district, block officials is necessary. He said that through these padyatras, the issues of waiving the debt of farmers and paying cane dues will be raised prominently with the repeal of all three anti-farmer black laws.

Congress trying to connect farmers withOn the one hand, while the Congress wants to join the farmers through demonstrations, on the other hand, the workers also want to instill confidence of victory. Under this plan, state president Pritam Singh will soon go on a tour of districts. The Congress wants the farmer as well as the worker, but on both the front, there is a big challenge from the BJP. On the one hand, Chief Minister Trivendra Singh Rawat is going to give cheap loan to 25 thousand farmers on February 6, while State President Banshidhar Bhagat himself is visiting 70 assembly constituencies. In such a situation, both the tasks are not easy for the Congress.