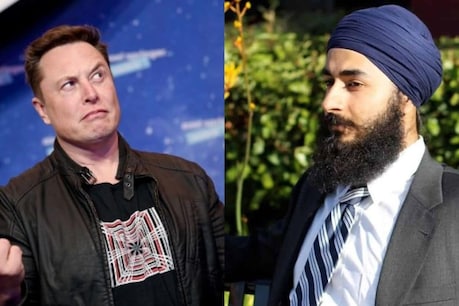 Randeep is a student of Asian languages ​​at the University of Michigan. He is an outspoken critic of Elon Musk and Tesla.

Randeep Hoti has filed a defamation suit and Elon Musk suffered a defeat in the first round.

Washington. Elon Musk, the world’s richest man and owner of electric car company Tesla, is facing a tough challenge from Randeep Hothi, an Indian-American student. Actually, Randeep Hoti has filed a defamation suit and Elon Musk suffered a defeat in the first round.

Who is Randeep
Randeep is an alumnus of the University of California, Berkeley, and currently an Asian Language student at the University of Michigan, USA. He is an outspoken critic of Elon Musk and Tesla. His parents live in Fremont, where Tesla also has its own auto plant. Randeep is active on Twitter in the name of ‘skabooshka’. He has written in Twitter bio- Investigation / reporting on corporate fraud.

Hothi is part of a global group, collectively called ‘$ TSLAQ’. The group is made up of ex-Tesla employees, students like Hoti and other professionals. Many of them often criticize Elon Musk and Tesla on social media and other platforms.

Mounted, two cameras: one rear-facing on the trunk, one inside directed towards the steering and center console.Note the license plate: MFG632779S. a company vehicle pic.twitter.com/HtCKwAGJkY– scabooshka (@skabooshka) April 18, 2019

What is the matter
After two incidents, Randeep had come to the target of Musk two years ago. In February 2019, Randeep had a fight with a security guard when he visited a sales center in Tesla in California. At the same time, another incident occurred in April 2019. Hoti said that after seeing Tesla’s test car, his picture was posted online. Musk had mailed the online editor, calling Randeep a liar and said that he had almost killed our security guard. On the other hand, Hoti says that Musk ran an online hate campaign against him.