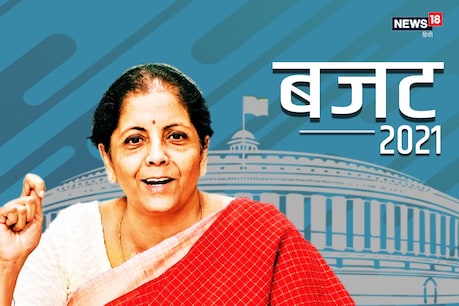 Budget 2021: The Finance Minister said that he is rationalizing the customs duty on gold and silver to bring it closer to the previous levels.

Finance Minister Nirmala Sitharaman, while reading the budget speech, said, “This budget is presented in an environment full of challenges. People lost their lives due to the corona virus epidemic. During this time we went to the account of 40 crore farmers, it was arranged The government announced 4 self-sufficient packages. We put 13 per cent of the GDP i.e. 27 lakh crore rupees in the market. ” Please tell that this is the seventh full budget of the Narendra Modi government. In the last 6 budgets, the central government has made several big announcements, including many types of exemptions in income tax.

Reacting to the budget presented by the Finance Minister, Prime Minister Narendra Modi said that this budget is going to highlight the confidence of India. He said that the budget of 2021 has been presented under exceptional circumstances. In this budget, emphasis has been laid on increasing the ease of living in the lives of common people by simplifying rules and procedures. There is also a feeling of reality and confidence of development in it. The budget will bring a very positive change in the infrastructure sector along with individual, industry and investors. The budget will bring changes in the country’s infrastructure and the youth will get employment.

The Prime Minister said that such budgets are rarely seen, in which good response should come in the beginning. Our government has insisted on making the budget transparent. The Prime Minister emphasized that the Corona period in India has been pro-active.