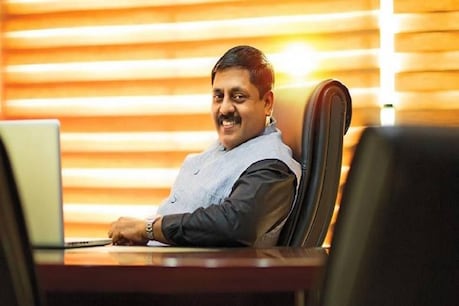 Coronavirus Pandemic: During the Corona epidemic, the company neither fired any of its staff nor cut anyone’s salary.

new Delhi. In a unique initiative, Dr. Sohan Roy, an Indian industrialist based in Sharjah, has decided that he will give regular salary to the house wives (housewives) of people working in his Arius Group of Companies. In fact, Roy has been impressed by the commitment shown by the staff and his family to work during the Corona epidemic and that is why he has decided to reward these people in a new way.

Currently, the company management is collecting a database of the wives of the people working here. The salary given to the housewives will be decided on the basis of how many years her husband has worked in the company. The company will soon implement this scheme officially.

Roy, a native of Kerala and founder chairman and CEO of Arius Group of Companies, said that it is time to put back the hard work that the staff and their family have done during the difficult times of 2000. During the Corona epidemic, the company neither fired any of its staff nor cut anyone’s salary.

How did Roy get this idea to pay housewives? In 2012, the then Minister of Child and Women Development Krishna Tirath made a proposal to give a more socially strong identity to the house wives. Last December, the Supreme Court, in a judgment related to compensation for the accident, said that the importance of wives working at home is not less than their working husbands. Keeping this in mind of the court, Roy converted it into reality. In fact, there could not be a better way to recognize the contribution of staff and their wives in the Corona epidemic.

Currently, the company is also providing pension facility to the parents of its employees, who have completed the three-year period here. Along with this, the company also provides annual scholarships for students.