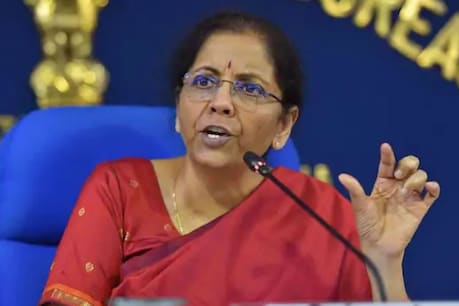 Budget 2021: While the budget presented by Finance Minister Nirmala Sitharaman today, while the middle class is expected to fulfill its dreams, there can be some relief on the employment front.

new Delhi. The Modi government of the Center will present the ninth Union Budget (Union Budget 2021) on Monday. This budget is being presented at a time when the country is recovering from the grip of epidemic, on the other hand a large number of people are unemployed. In view of the management and control of Corona virus infection, many people lost their jobs in the lockdown imposed from the last week of March to May last year. The biggest problem was with the informal class people. On the one hand, while his work was affected in the lockdown, many in the unlocking process have not yet recovered. The middle class also expects the government to give maximum amount of money in their hands.

People hope that more attention will be given to employment generation in the budget presented by Finance Minister Nirmala Sitharaman. It is expected that the government will also increase spending on job creation and the dreams of the middle class. With this, more and more money will come in the hands of the common man.

Emphasis on employment in Economic SurveyOn the employment front, the economic survey also emphasizes on employment. The survey has said that in 18 years, about 18 people will get employment. Through the survey, the Finance Minister told the picture of export based industries. The survey has estimated 1735 crore jobs in the country in the next ten years by exporting network products such as computers, electronics, electric appliances and telecommunications equipment. The Economic Survey has given a strategy to make India a hub of network products (NP) to increase exports rapidly. According to the survey, NP generated 3.01 crore jobs by 2020 and generated GDP of $ 168 billion.

At the same time, the government can relax the rules regarding the dreams of the middle class. In such a situation, people hope that the government will give more and more money in their hands. On the one hand, people want a change in the tax slab, on the other hand, they are demanding relief in the exemption of Rs 1.50 lakh under Section 80C, 80 CCC, 80CCD (1) of the Income Tax Act. People believe that due to Corona transition period, the government can lighten the increased financial burden on them through the budget.

Experts believe that if there is a change in the tax slab, then people will get relief amid rising inflation. At the same time people hope that they will benefit in investing in any of the LIC-PPF or NSC from the upcoming policies of the government. Along with this, women also have high expectations from the Finance Minister.

Women believe that inflation will be curbed by the budget of the Center as well as the price of other essential commodities including gas will come down.