new Delhi. Prime Minister Narendra Modi (Narendra Modi) suggested some effective ways to be adopted by the cricketers while suggesting some effective remedies for students to get rid of stress in the exam. In response to questions from students at the program ‘Pariksha Pe Charcha 2020’ held at the Talkatora Stadium in Delhi on Monday, Modi said that cricketers roam the bat or throw a ball before starting the batting or bowling in the ground. Perform. Actually, this is their way to relieve their stress.

Modi suggested to the students to involve themselves for a couple of minutes in exam related activities like correcting their pen copy etc. before going to the examination, saying that by doing this they will be relieved from the stress caused by the exam.

In response to a question by an Indian student from Tanzania dealing with the stress before the exam, he suggested that the students should not make the exam a burden and said that the exam should not be allowed to become a burden in life. He said that if the students focus themselves on their work in the exam then they will get rid of unnecessary stress and this reduces their difficulty greatly. 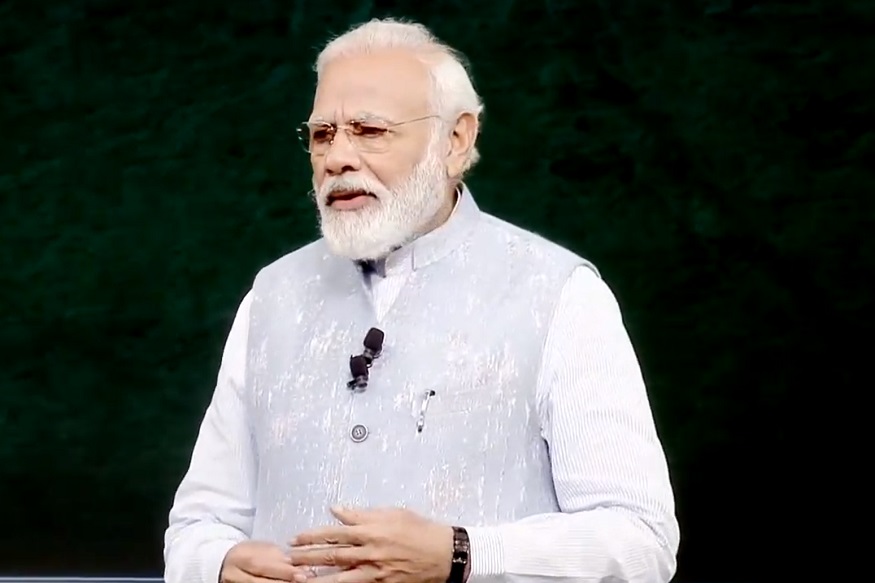 Prime Minister Modi was asked a question by a student of class X and to which PM Modi replied.

‘Do not let the fear of failure flourish in your mind’
Modi suggested the students to answer simple questions earlier in the exam and said that this also boosts their spirits and builds confidence to answer difficult questions. He said that the students should not be afraid of the exam at all, especially the fear of failure should not be allowed to flourish in their minds.

Modi appreciated the organizers for giving the students the responsibility of conducting this event. At the end of the program, in response to a question asked by Punjab student Hardeep about the stress of the exam, he said, ‘Only exam marks are not life. No single exam is a complete life. This is an important stop. But this is everything, it should not be believed. I will also urge the parents not to talk to the children that the exam is everything.

Earlier, in response to another question related to the good use of time, Modi said on the phone referring to the waste of time, ‘Smart phone steals 10% of your time, you can reduce your mother, father, grandfather, Spend with grandma. Technology should pull us to ourselves, we should avoid it. There should be a feeling in us that I will use technology on my own free will. Request to read ‘Exam Warrior’ in next two-three days
He requested the students to read the book ‘Exam Warrior’ based on the program discussed on the exam in the next two to three days. Modi said that he is not asking to read this book because he has written it.

The PM said that this book is based on the discussion with students like you who are participating in this program. Modi appealed to the students to connect their dreams of doing something with life, saying, ‘If you do this, you will never have the pressure and stress of the exam. Examination is a place, examination is not everything. The only way to get ahead in life is not only exams, but there are many other ways as well.

Prime Minister Modi also thanked the students, parents, schools and states along with the Ministry of Human Resource Development, who organized it at the end of the program.

Also read: Delhi: BJP made this strategy, their demand for rallies after Modi-Shah