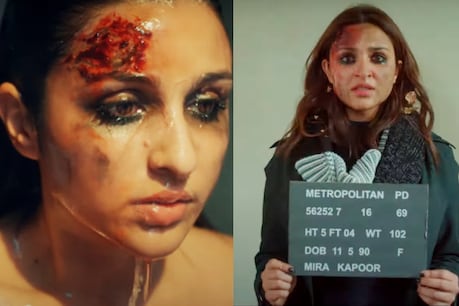 Parineeti Chopra, the trailer of his most awaited film ‘The Girl on the Train’ has been released these days.

new Delhi. Bollywood actress Parineeti Chopra These days, he is busy with his most awaited film ‘The Girl on the Train’. Meanwhile, the trailer of the film has surfaced. As soon as the release of ‘The Girl on the Train’ has gone viral on social media. People are liking the trailer of this film very much and it is also natural to like the trailer, because for the first time, Parineeti Chopra is seen in an avatar in which her serial character is seen. With the release, the film’s trailer has been viewed more than 5 lakh times on YouTube.

Seeing the trailer, it seems that in the film, Parineeti is playing the role of a girl who has lost her memory and before losing her memory, she is being accused that she has murdered a girl. There is going to be a lot of suspense in the film. Let me tell you, the shooting of this film was completed only last year and the fans were waiting for it for a long time. This film of Parineeti Chopra will now be released directly on Netflix instead of cinemas. This film will be released on 26 February.

The first film ‘The Girl on the Train’ was scheduled to release on May 8, 2020. The teaser of this film has now surfaced, which is going to create a lot of excitement. In this film, apart from Parineeti Chopra, actress Aditi Rao Hydari, Kriti Kulhari and Avinash Tiwari will also be seen in important roles, while the director of the film is Ribhu Dasgupta.