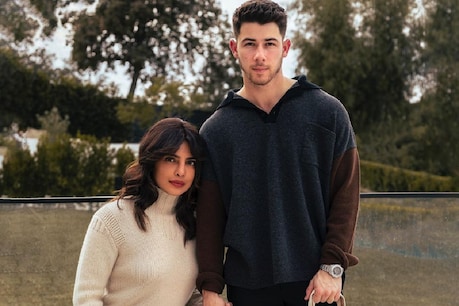 One of the pair that is often in the news is Priyanka Chopra and Nick Jonas. Sometimes due to their films and sometimes mutual relationships, they remain in the discussion.

new Delhi. From dancer to Hollywood Priyanka Chopra She is also often in discussion due to her husband Nick Jonas. Both husband and wife not only respect each other, but also give each other space in personal relationships. Priyanka Chopra is very conscious about her family. A few days ago, Priyanka told the media while talking about her relationship that she wants a child.

According to news agency ANI, American singer Nick spoke to a news website. During the conversation, it was revealed that Nick Jonas also wants to become a father. Nick spoke openly about his family planning. Nick wants to be the father of many children, not one or two. Not only this, Nick Jonas also talked a lot about his beautiful relationship with Priyanka Chopra. Nick said that his wife Priyanka Chopra’s happiness is the most important thing for him. They are an important part of my life. We are both very happy with each other. I thank God for this. Apart from this, we are heartily ready for our future planning ‘.

Let us tell you that before Nick, Priyanka Chopra has also talked to the media that she wants to be the mother of many children, not one or two. Priyanka told that with Nick Jonas, she feels much better, whatever I am in my professional life but I think very differently about personal life. I also want to live a happy life like a normal girl, and I am very lucky to have found a life partner like Nick Jonas’.

Apart from this, Priyanka spoke openly with her husband Nick Jonas on Edge Gap. As everyone knows that Nick is 10 years younger than Priyanka. But this does not affect their relationship. Priyanka had told that ‘Nick has adopted the Indian way. Like ordinary married couples, we have also understood each other’s likes, dislikes and habits. Both of us are grown people in two different ways but we did not have any particular problem. Priyanka is making a lot of headlines these days about her film ‘The White Tiger’.