Both tweets are becoming quite viral on social media.

When asked by pop singer Rihanna tweeting in support of farmers, ‘Panga Queen’ Kangana Ranaut responded by tweeting them.

Mumbai. The Farmers Protest has passed for more than 2 months. There is no talk between the farmer and the central government about the agricultural law. The farmers are adamant on their demand and are not taking the name of moving away from the boundaries of Delhi. Whatever happened on the Red Fort on 26 January changed the direction of this movement, but the government is not ready to step back and at the same time, the farmers say that they will continue to take their rights. Bollywood celebs have also given their reaction regarding the farmers’ movement. Many celebrities including Himanshi Khurana, Sonu Sood, Diljit Dosanjh, Swara Bhaskar have been supporting this movement. On the other hand, Kangana Ranaut on the other hand is seen flaming these celebs. Recently, pop singer Rihanna (Rihanna), while tweeting in support of farmers, asked the question, ‘Panga Queen’ replied to them.

Pop singer Rihanna has shared a news on Twitter, referring to the internet service affected by the farmers movement. The article describes how Internet service has been stopped in many districts of Haryana due to the farmers’ agitation. When Rihanna came to know about the movement of farmers in India, she could not remain silent. Rihanna shared the news and wrote in the caption – Why are we not talking about this? #FarmersProtest Kangana got angry after seeing Rihanna’s tweet and retweeted the tweet and said- ‘No one is talking about it because they are not farmers but terrorists who are trying to divide India. So that countries like China take over our nation and form a Chinese colony like USA. You sit calm idiot. We are not idiots like you who sell your country ‘. 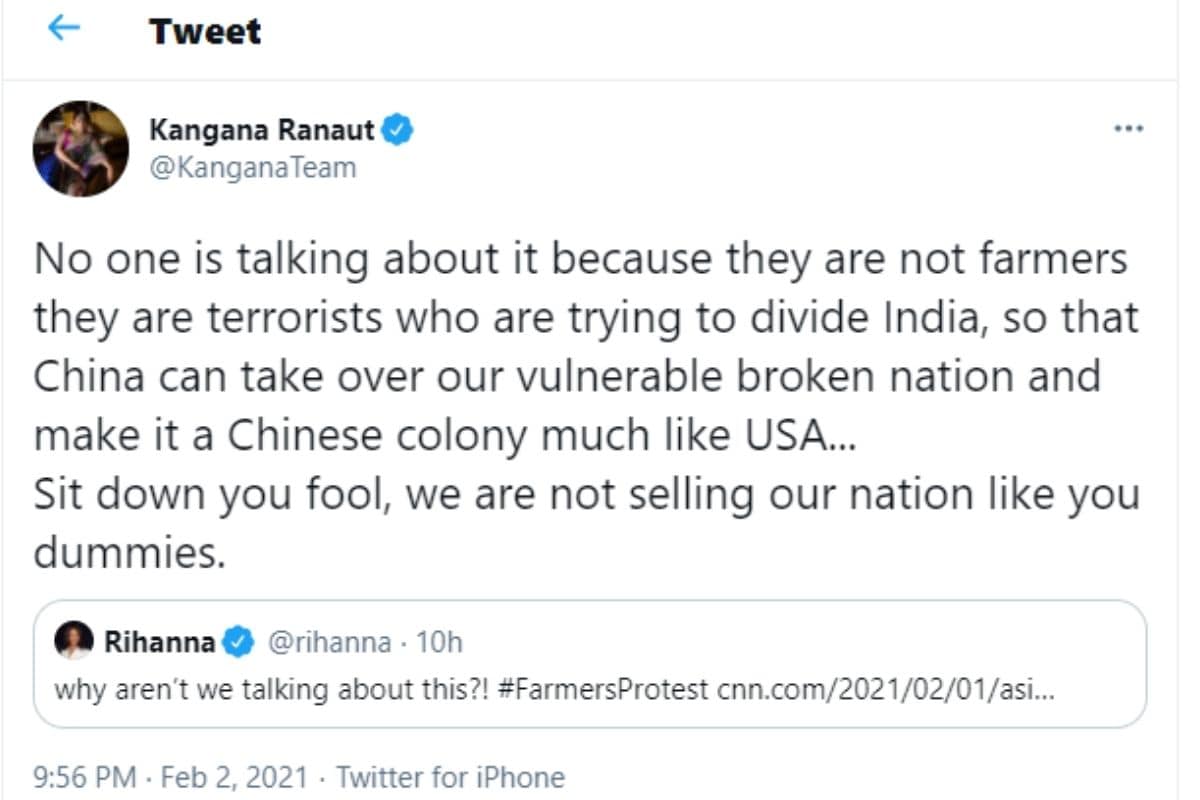 Both tweets became quite viral on social media. Fans of both also started giving their respective feedback on this matter. This is not the first time Kangana has surrounded anyone in this way for the peasant movement. She has also heard celebs supporting the farmers movement on social media.