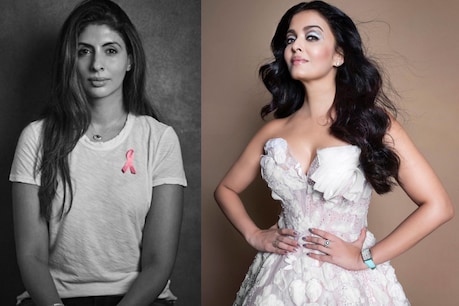 Shweta Bachchan Nanda, the daughter of century legend Amitabh Bachchan and successful actress Jaya Bachchan, stays away from films, but she hates a habit of her sister-in-law Aishwarya.

In Karan Johar’s chat show ‘Koffee with Karan’, Shweta was asked which habit of Aishwarya she loves and what she hates. So in response to this question, Shweta said that ‘Aishwarya is a strong woman and a brilliant mother as well as a heroine who has made her place in Bollywood due to her hard work, but I do not like one of her habits at all. Whenever you call her, she never picks up the phone nor does she ever answer the phone and message in reverse. I hate this habit a lot ‘.

When asked about Bhai Abhishek Bachchan during the show, Shweta said that she is very dedicated to her family. Along with being a good husband, he also has a good son. When Karan Johar asked Shweta what she disliked about Abhishek, Shweta said that ‘she thinks she knows everything, I don’t like her habit at all’. Despite being the daughter of Amitabh and Jaya, Shweta Bachchan keeps herself away from the limelight. When Shweta was asked why she did not work in films, Shweta clearly told that one is afraid to face the camera and secondly she neither looks like her face nor does the acting skills They are inside.