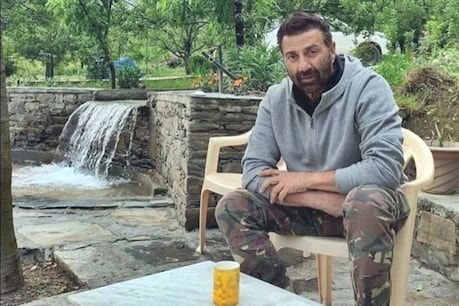 Sunny Deol also followed in the footsteps of younger brother, will soon make a digital debut

Entry in Sunny Deol’s OTT is seen by linking with Bobby Deol. Much information has not yet been received about his upcoming series G 49.

More information about G 49 is not available yet. Details of the show are yet to come, but this news will definitely be liked by Sunny’s fans. Entry in Sunny Deol’s OTT is seen by linking with Bobby Deol.

After Bobby Deol stayed away from the screen for a long time, when the ‘Ashram’ series came on the OTT platform, the series and Bobby Deol’s acting people liked it a lot. The makers also brought its second season. ‘Ashram’ After the series, Bobby has started getting offers from South films as well. Seeing the success of Bobby Deol from digital entry, it seems that Sunny Deol has also decided to follow in his footsteps.

Sunny Deol was seen in the film ‘Blank’ in the year 2019. After this, he has also come in the direction of direction from the film ‘Pal Pal Dil Ke Paas’. Through this film, he also launched his son Karan Deol. Although this film did not show anything special at the box office. Sunny Deol is also busy in the preparations for the movie Apne 2. Three generations of the Deol family will be seen together again in the film. Shooting of this film, directed by Anil Sharma and produced by Deepak Mukut, can begin from March. Apne, a film based on the family story, was released in the year 2007, which was a box office hit. Apart from Dharmendra, Sunny and Bobby Deol, Katrina Kaif and Shilpa Shetty also played important roles in this film. Shilpa played the role of Sunny Deol’s wife in this film.