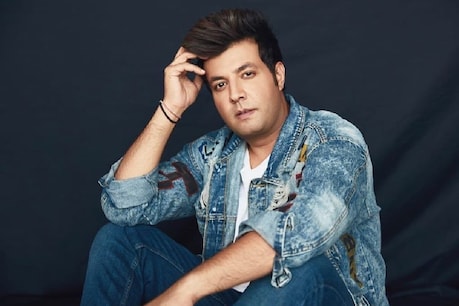 Today is the birthday of Varun Sharma, who entered the film world with the superhit film ‘Fukrey’. Varun is very close to actress Kriti Sanon, who got her acting coin from ‘Fukrey’ Chichhore ‘.

new Delhi. Famous Bollywood actor for comedy Varun Sharma Celebrating her 31st birthday today. He was born on 4 February in Jalandhar, Punjab. Varun started his film career with the film ‘Fukrey’. Varun Sharma, who played the role of co-star and comedian in Bollywood films, has made a place in everyone’s heart. The ‘fukre’ or ‘chhichhore’ coxa. He has made every character come alive with his acting. Critics were praised for their comic timing in ‘Fukrey’.

Apart from ‘Fukrey’, ‘Chichhore’, there have been films like ‘Rabba Main Kya Karoon’, ‘Dolly Ki Doli’, ‘Warning’ and have entertained the audience tremendously. The comedy dwells in Varun’s veins, it would not be wrong to say that Varun is the new comedian of Bollywood. Varun’s childhood was spent in Jalandhar. Nobody has any connection with the world of acting in his house. Varun did his early education from Lawrence School. He has completed secondary school from APJ School. A graduate in entertainment and film technology, Varun Sharma has been awarded the Punjab Government Icon Award for best performance.

Talking about family, Varun loves his mother and sister very much. In an interview to the media, Varun had informed that ‘Kriti Sanon is my closest friend. Me and he live not like siblings but brothers. I also call as brother. I am lucky that in my life Kriti is like a sibling and friend. He knows my secrets’. Actually, a long time is spent on the set of the film that in such a situation, it becomes good bowling. Varun Sharma and Kriti Sanon have worked together in the films ‘Dilwale’ and ‘Rabta’. Apart from this, he has worked in the comedy film Arjun Patiala.

Varun is also emotional by nature. When the news of the suicide of Disha Saliyan, who had been the manager of many Bollywood celebs, came to light, Varun Sharma tweeted and shared a photo with Disha and wrote that ‘I am Nishabd, it does not look true’ Apart from this, Varun paid tribute to Sushant Singh Rajput on completion of one year of late actor Sushant Singh Rajput’s film ‘Chichhore’. Varun has been the star of Sushant in ‘Chichhore’. This film was Sushant’s last film which was released in theaters. However, Varun has made his special place in Bollywood in a very short time due to his hard work and acting talent. Happy birthday to Varun Sharma on behalf of our team.