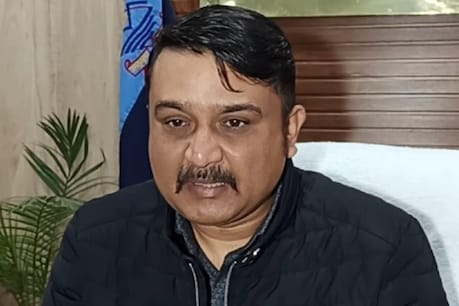 Police officer giving full information about this case of cheating

In the case, Uttarakhand police team was sent to West Bengal and the team of STF and Cybercrime Police Station got success there and arrested the accused from 1600 km away.

Dehradun. If you believe a call from an unknown number and in confidence, provide your information to them, then be careful. Doing this can get you into trouble and you may feel the loss of millions. This message has been given by Sanjay Singh of STF. This team has hacked bank accounts from West Bengal (West Bengal) and arrested the mastermind of the gang who cheated millions. They say that the accused is very vicious and was executing the incident by forming a gang.

In fact, the cybercrime police station received a complaint that an unknown mobile number came to them and a contact was established through SMS. This contact is not limited to sms alone. The mastermind of the gang sending SMS transferred net banking to 30 lakh rupees. When the STF and cybercrime police came to know about the incident, it immediately swung into action and a team led by Vikas Bhardwaj was formed to arrest the accused.

Mobile Number CheckedThis team searched the mobile number and bank account used by the accused, and the police found many important clues. The fraud of 30 lakhs, using two bank accounts, was discovered when the investigation and progress of the number of West Bengal. When the police investigated the matter intimately, it was found that in a few months more than one crore of these accounts Was found to be transacting in In this case, the police team was sent to West Bengal and the team of STF and Cybercrime Police Station got success and arrested the accused from 1600 km away.

STF in-charge of Uttarakhand Ajay Singh is constantly appealing to the people of Uttarakhand not to scan the QR code in any way by relying on unknown people and in any way they do not get caught in the trap. In case of any doubt, check the nearest police station and cybercrime police station. However, in this case, the cybercrime police is constantly trying to find other gang members.