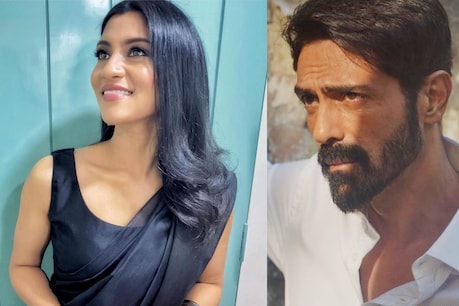 The film is becoming ‘The Rapist’ under the direction of Bengali filmmaker Aparna Sen (Aparana Sen), the mother of actress Konkana Sen. The film stars Arjun Rampal and Konkona Sen.

new Delhi. In the film ‘The Rapist’ made under the banner of Banijay Asia Arjun Rampal (Arjun Rampal) In the lead role. She is accompanied by Konkana Sen in this film on the story of rape. The title of this film, which is made on a serious subject, tells everything. According to media reports, Konkona’s mother Aparna Sen is directing this film. This film is going to give a message to the society. The film’s story is on how society is responsible for promoting rapists. In this film, how do the difficulties of the victim, his suffering and after being a victim of rape, fight. All these issues will be shown in the film. Pre-production has started, the film is expected to be shot in March.

Aparna Sen is known for making films on social political subjects. It is believed that this film will be as powerful as the films like ’36 Chowringhee Lane ‘,’ Paroma ‘(1984),’ Yuganta ‘(1995),’ Mr. and Mrs. Iyer ‘(2002), which came out in 1981. This is the second time when Aparna and Arjun are filming together. Earlier in 2013, Vinod had worked in Mitra’s film Meridian Lines. This will be Aparna Sen’s third Hindi film starring Arjun Rampal and Konkona Sen. Earlier in 2015, ‘Saar Raat’ and in 2017, the film ‘Sonata’ was made. The film was based on a story revolving around women of middle age.

Talking about the film ‘The Rapist’, Aparna Sen told the media, ‘Women never come forward to condemn rapists, because they know that nothing is going to happen. The society will hold them responsible. Apart from this, the victim does not come forward due to social dignity and fear of breaking the family, although now things are changing. Stringent rules have started to be feared by the law. Sexual abuse is being taken very seriously at the workplace. Now women are getting dared to talk about rapists. Now she is raising her voice. Actress, director and activist Aparna Sen has always been vocal about violence, rape through her films. Arjun Rampal is currently busy in four big projects these days. These days Kangana is shooting for the film ‘Dhakad’ with Ranaut.