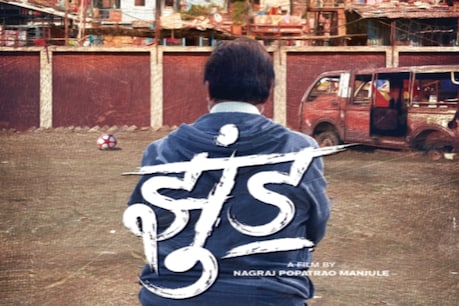 Sharing the poster of the film ‘Jhund’, the T-Series has informed the audience that the starcast of ‘Jhund’ will come to meet the audience on the day of 18 June. That is, the film is going to be released on June 18.

Mumbai. The release date of many films had to be postponed in the year 2020 due to Corona virus. Now, when everything is becoming normal gradually, new dates of releasing films are also coming out. Meanwhile, there is good news for the fans of Amitabh Bachchan. The film ‘Jhund’ made by director Manjunath has been decided to release in theaters on 18 June 2021 by T-Series.

Sharing the poster of the film ‘Jhund’, the T-series has informed the audience that the film’s starcast will come to meet the audience on the day of June 18. In the film, Amitabh Bachchan is playing the role of a professor, who inspires the children playing in the street to form a football team. 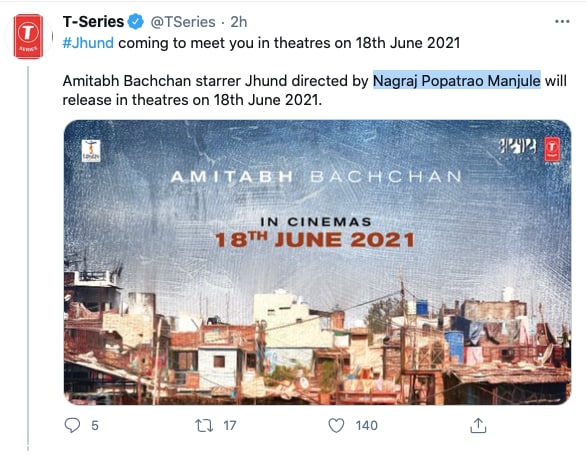 Let me tell you that in the year 2016 a Marathi film came out, the name was ‘Sairat’ and it was the first Marathi film, which did more than 100 crores business at the box office. ‘Sairat’ director Nagraj Manjule is now making the film ‘Jhund’. The poster of this film was released last year, in which Amitabh is seen standing in the back pose and staring at the Red and White football kept in Slum Aria. His character name in the film will be Vijay Barshe. The story of the film is based on the life of Vikas Barse, a social worker running ‘Slum Soccer’ NGO.