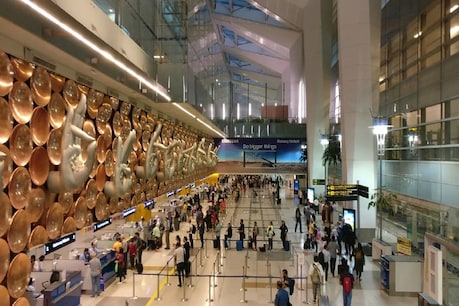 The Ministry of Civil Aviation plans to privatize about 30-35 airports in the next five years.

The Airport Authority of India (AAI) had set a target of Rs 2,10,000 crores for airport privatization, but could not get it due to pandemic, due to which the government is now focusing on Rs 1,75,000 crores.

New Delhi. The central government has started preparations for the third round of airport privatization. Notably, because of Cavid 19 and pandemic, there were hurdles in this process, removing the airport, the Airport Authority of India (AAI) has started identifying such airports that can be assigned to private players. It is known that the government’s target of privatization was 2,10,000 thousand crores but due to pandemic, it could not be done, now the government is running a target of 1,75,000 crores rupees.

This is not the goal of the government next year One lakh crores have been earned from the sale of stake in state-run banks and financial institutions. Government believes that Monetization of physical assets will also be an important part of the privatization move, with which to move towards building infrastructure.

read this also– Jewar airport Of near House And The factory Make Of for 20 February To Get Stayed is opportunity, these doing Details

The Ministry of Civil Aviation plans to privatize about 30-35 airports in the next five years. Airports at Varanasi, Bhubaneswar, Amritsar, Indore, Raipur and Trichy will be part of the next phase of privatization. The Airport Authority of India (AAI) has started identifying such airports, which can be assigned to private players. The selected companies will be given these airports for 50 years. The process of privatization is expected to start from April 2021. Please tell that this time, along with the disadvantages for privatization, bids will also be made for the airports that are in profit.