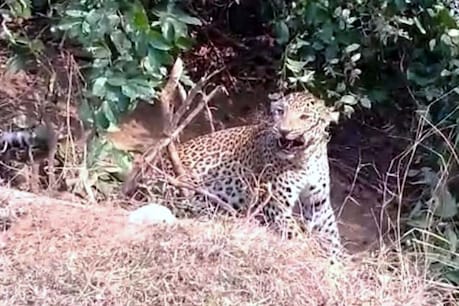 One woman was killed in two separate incidents of leopard attack in Pithoragarh district. One person was injured due to leopard attack. (Photographic picture).

One woman was killed in two separate incidents of leopard attack in Pithoragarh district. One person was injured due to leopard attack.

Pithoragarh. Leopard attack has once again shaken people in Uttarakhand. In Pithoragarh district here, one woman was killed in two separate incidents of leopard attack. One person was injured due to leopard attack. The leopard suddenly entered the house and dragged the woman from the courtyard. After this the villagers ran after him, but after going far enough, they found the body of the woman. There is panic among the villagers after this incident. Forest department officials have laid a trap to catch the leopard but it has not been caught. Experts are roaming the jungle to find him.

In Uttarakhand, villagers live in panic due to the danger of wild animals. This time the villagers are seeing both fear and anger due to the death of a woman in a leopard attack. DDhat’s Range Officer Puran Singh Deupa said that Kalavati Devi, 46, of Kaprigaon village, living in Deolathal area, was working in the courtyard of her house when the leopard attacked her and took her away from there. He said that the villagers later recovered his mutilated dead body half a kilometer from the woman’s house. After this incident, there is an atmosphere of panic in the rural areas about the leopard. People have also been warned by the Forest Department.

The second incident took place in the Pithoragarh forest section. On Thursday morning, 57-year-old Rajendra Singh Mehta was going to the land market when he was attacked by a leopard, although the leopard escaped into the forest after people made noise. Mehta has wounds on the neck and back. He is undergoing treatment and is out of danger. The locals are demanding to kill the leopard. A social worker said that due to these two attacks in the last 24 hours, panic has spread in the area. “Last month itself, a leopard was killed by the forest department in Rin Bichul village of Deval Thal but still the attacks have not stopped,” Naveen Pant, sub divisional officer of Pithoragarh forest section told that the leopard was caught Cages are being set up for